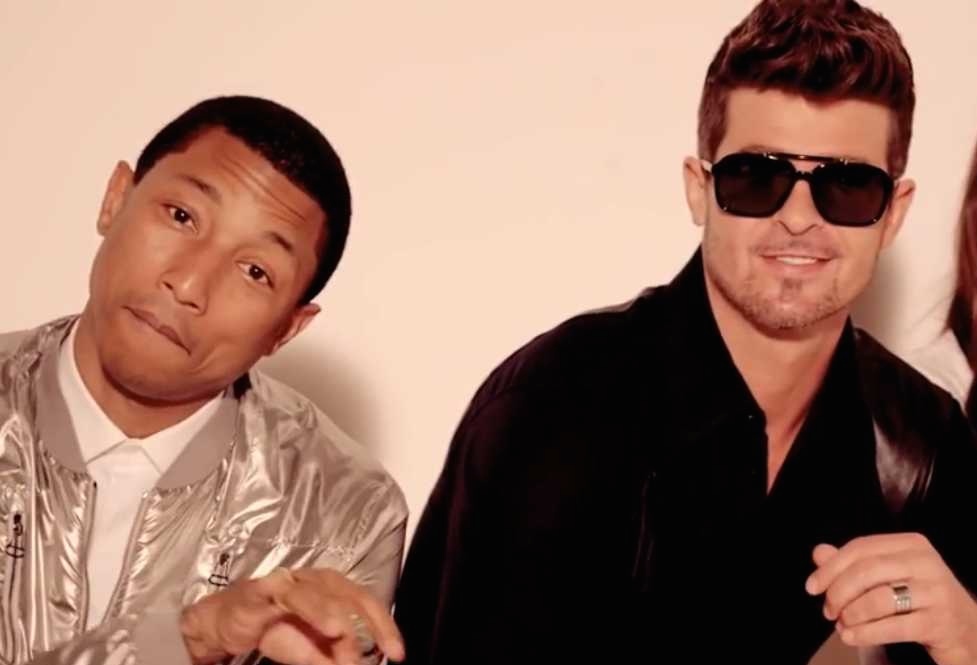 You won’t believe how much compensation they have to pay.

A Los Angeles jury yesterday brought an end to the court case that has been raging on since 2013 by ruling that Robin Thicke and Pharrell had indeed ripped off Marvin Gaye in their mega hit Blurred Lines.

Gaye’s kids had been arguing since that year that the pair had infringed on the copyright of the 1977 number one song from  Gaye entitled ‘Got To Give It Up’.. The pair were ordered to pay Gaye’s estate $7.3 million in compensation for this. The jury also ruled that rapper TI – who busts out a verse on the song – wasn’t to blame for the infringement so he’s off the hook.

Unsurprisingly neither Thicke – who is having a pretty horrible time of it now anyway, and now has a 19 year old girlfriend – nor Pharrell were too happy about this development, with all three of the songwriters involved releasing the following statement:

While we respect the judicial process, we are extremely disappointed in the ruling made today, which sets a horrible precedent for music and creativity going forward. ‘Blurred Lines’ was created from the heart and minds of Pharrell, Robin and T.I. and not taken from anyone or anywhere else.  We are reviewing the decision, considering our options and you will hear more from us soon about this matter.

Sounds like this isn’t the last we’ve heard of this lawsuit. In the meantime, the Gaye estate are trying to block all future sales of Blurred Lines until an agreement is reached. This just got ugly.

Check out the songs below though and see what you think. I mean it does sound similar sure, but to say it’s completely ripped it off is kind of ridiculous, and it’s more the percussion than anything else that makes it sound similar. I’m with Thicke and Pharrell on this one.