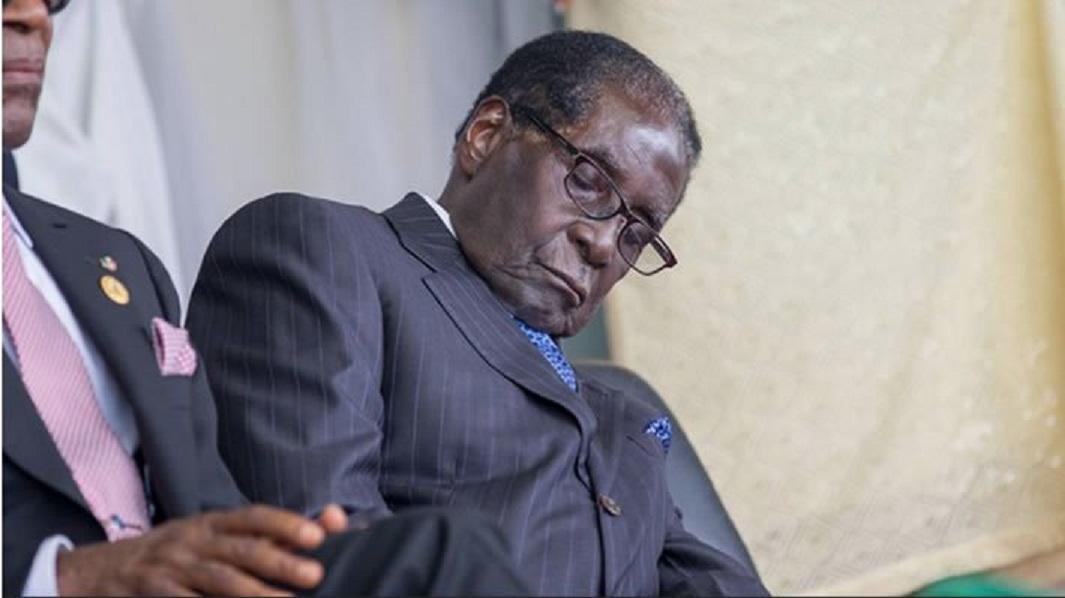 President of Zimbabwe Robert Mugabe has made a bit of a habit of nodding off during important meetings, but he insists people are just misinterpreting ‘protecting his eyes’ for sleeping.

The 93-year-old leader recently appeared to fall asleep at a meeting of the World Economic Forum in South Africa. 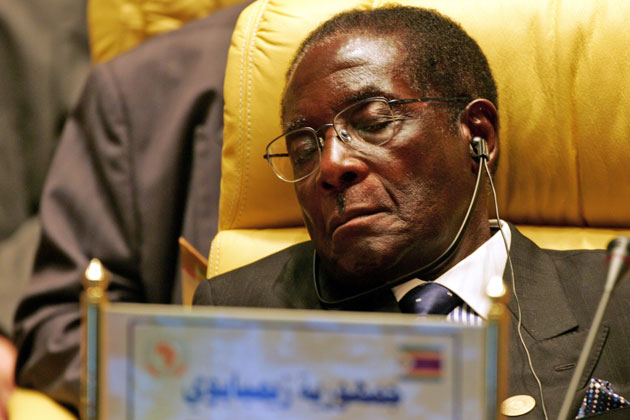 But according to the president’s spokesman, when Mugabe appears to close his eyes and catch some Zs, he is in fact protecting his vision from the glare of bright lights:

I feel like a failure when there is this reading that the president is sleeping in conferences, no.

At 93, there is something that happens to the eyes and the president cannot suffer bright lights. If you look at his poise, he looks down, avoids direct lighting.

In the case of Nelson Mandela, if you remember, you were not allowed to even use flashes whenever he was in the room. That is what happens at 93 and Mandela, I do not think lived as long as the president [Mugabe] did.

It was not his decision, it was the decision of opticians. 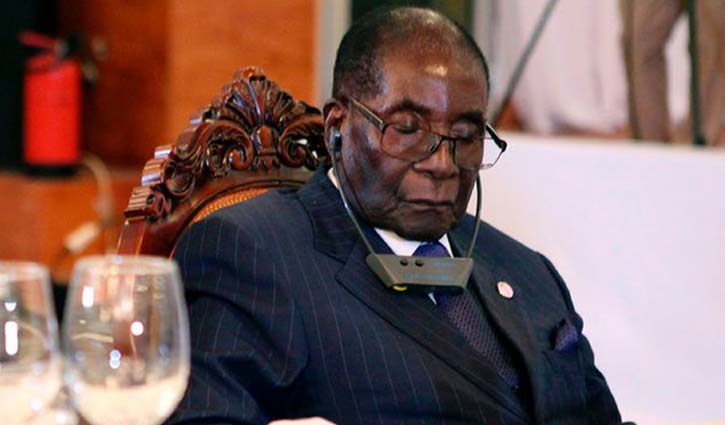 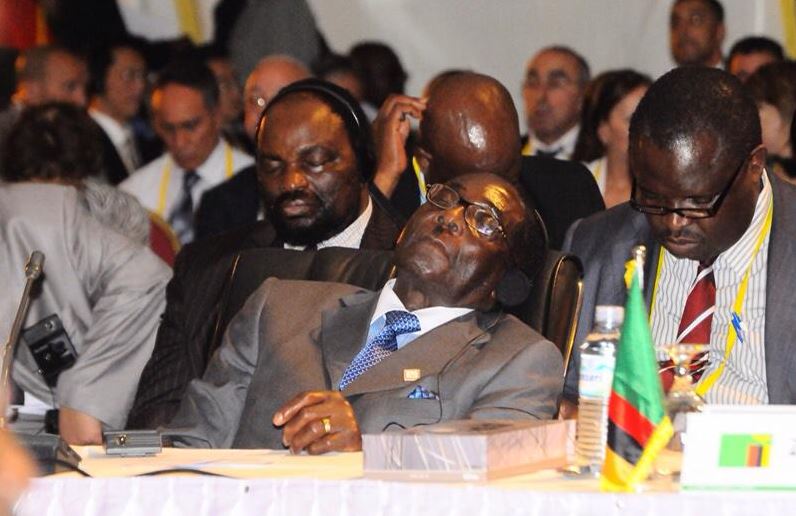 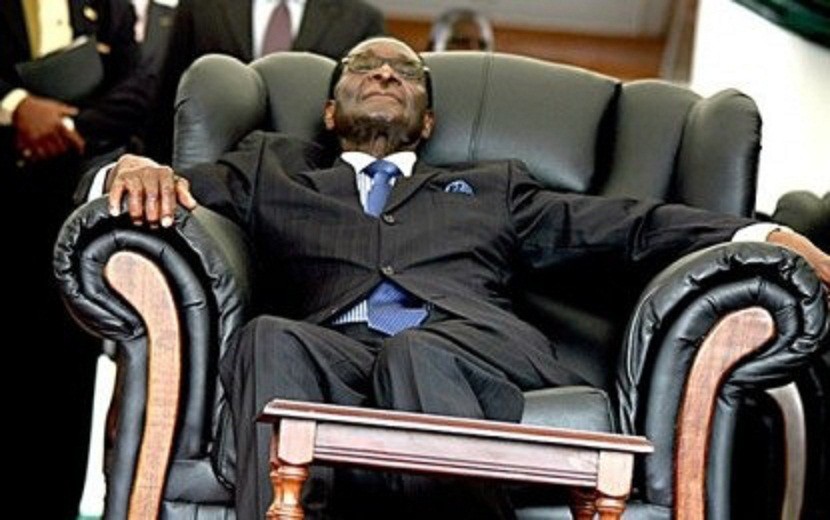 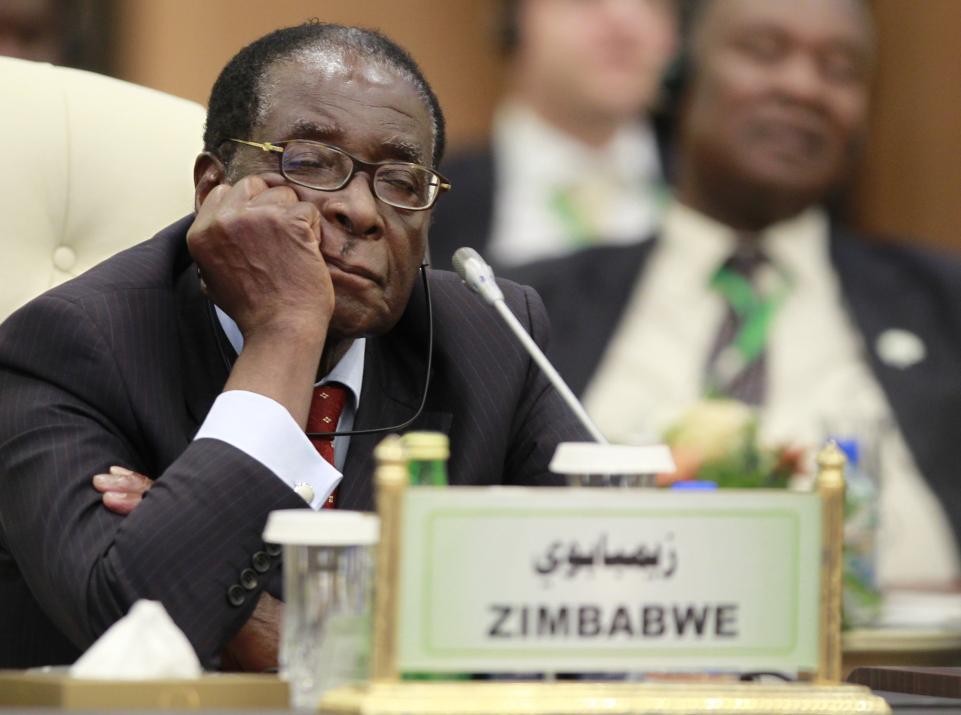 So there you have it. No way is Robert Mugabe sleeping during important meetings, he’s just resting his 93-year-old eyes. Like any old man you accuse of sleeping will tell you, Mugabe used to walk miles bare foot to get to school, used to get beaten with a ruler, etc. Does that sound like some weakling who would fall asleep during meetings 80 years later? Don’t think so.

For a study that recently found which race of people experience the best sleeps, click HERE.