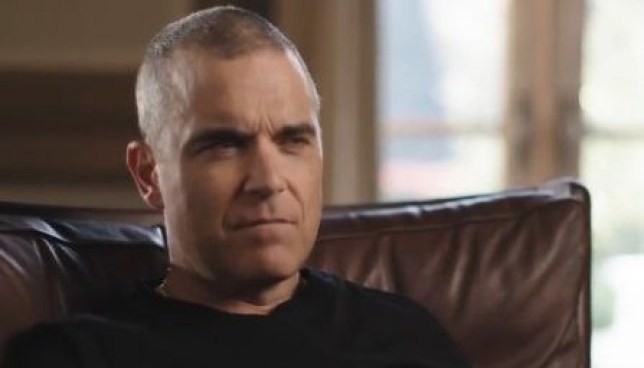 Is Robbie Williams onto something here?

If you’ve never heard of ‘Pizzagate’, it basically centres around a conspiracy theory that gained traction during the 2016 Presidential election, where it was claimed that high-ranking members of the Democrat Party including Hillary Clinton were involved in a child sex/human trafficking ring linked to a pizza restaurant in Washington DC.

There were some interesting tidbits and suspicious clues that would lead one to believe Pizzagate was real, but ultimately the theory was debunked by Snopes, the New York Times, and others. Yeah OK you might say they’ve got it wrong or are “in on it” or whatever, but at the end of the day it was always a far-fetched theory that probably isn’t true, though obviously anything is possible in this crazy world of ours.

Anyway, the theory has regained traction on TikTok these last few weeks, and Robbie Williams of all people has now caught some flak for suggesting Pizzagate is true:

Megastar Robbie Williams gives one of the most brave and insightful interviews of his career.
Happening tonight at six. I’ll be on the live chat and available to take questions. Link here and taster below on the msm debunking conspiracy theories https://t.co/wmTBMglfqr pic.twitter.com/Ecg3owO5Ii

Here’s what he said in text:

Look, there might be a perfectly reasonable explanation for that language, who knows. The fact that we don’t know means that nothing has been debunked. Yes, there was no basement in the particular pizza place. That’s not the debunking that I want, as a civilian, a human that’s going “hey, this bit, this bit’s really f***ing weird, what is that bit”.

Nobody’s been asked, nobody’s said and there’s been no answers. But the overarching reporting on this story is debunked fake news. It’s not. The right questions haven’t been asked to the right people in the right places.

Just as I take my popstar hat off, my celebrity hat off, and just talk as Robert from Stoke-on-Trent, ST6 7HA, opposite the Ancient Briton, big up Stoke-on-Trent – just as that guy for a moment, that’s watching from the terraces, why aren’t those questions being asked?

The reaction to Robbie’s comments online have been mixed. Some people think he’s onto something:

He’s right. Pizzagate was never debunked. To claim that it was is highly suspicious.

#pizzagate is real and just the tip of the iceberg. Its more sinister the deeper you go. These global paedophile networks are widespread and powerful. If people Riot over a criminal being killed by Police. What would they do if they found out kids are being sacrificed in rituals.

#PIZZAGATE is real, if you dont believe it is, you are also probably wearing a mask, keeping your 2 metre distance and watching the BBC news for your next order…….. I mean update

And others think he’s a bit of a dumbass:

Ffs Robbie Williams thinks Pizzagate really happened. In a building with no basement. 🤦🏻‍♀️A story invented and pushed by a utter lunatic by the name of Alex Jones. I wasn’t a fan of RW to start with. This is where I write him off entirely.

In fairness to Robbie, I don’t think it’s accurate to say that he’s a Pizzagate “truther”. All he said is that it needs to be investigated properly which is probably a good shout especially considering that weird pizza-based coded language in the leaked emails of Hillary Clinton’s campaign manager John Podesta.

Fair play to Robbie for saying what he thinks anyway, even if it turns out he’s completely wrong. Takes some balls to talk about things like Pizzagate when you’re a celebrity living in the States.

For a look at the Pizzagate ‘kill room’ that a YouTuber claims to have discovered, click HERE. Is there something weird going on or what?