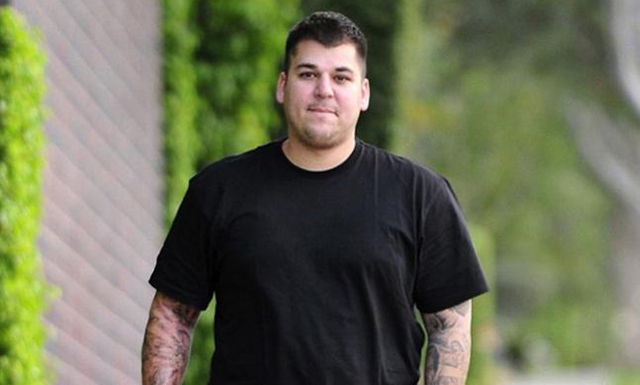 Has Rob Kardashian finally realised what a bunch of dicks his family are?

Don’t know if you know this, but there’s a Kardashian son/brother named Rob who actually seems relatively normal compared to his bat shit mum and dip shit sisters. We’re getting the vibes that he doesn’t really give a shit about the rest of his family’s celebrity lifestyle and has been brought along for the ride because he’s a chill dude who hasn’t (until now) stood up for himself as the only male in a family full of fame hungry bitches used to getting everything they want. 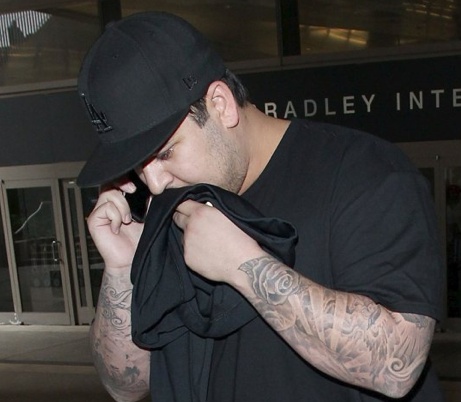 Well guess what? Rob Kardashian’s had ENOUGH and we’re going to back him on this.

Here’s what happened — on the weekend of Kim Kardashian’s wedding to Kanye West, the Kardashian family were asked to wear Valentino couture designer clothing for lunch at some designer’s house, but Rob turned up in a tracksuit because he was too fat to fit into any of the clothes. Kim had a massive go at him for not losing weight before her big day.

Rob’s mate said: “Rob said he was sickened by Kim and Kanye’s display of wealth and clothes and beauty and called it ‘superficial bullshit’. Kim was pissed that Rob hadn’t made an effort to drop any weight so he booked his flight for Saturday morning and skipped the lunch.”

“He just doesn’t seem comfortable or happy around his family at all. They’re all wrapped up in the same pretty world and he just doesn’t fit. Rob equated that to Kim caring about him only for his appearance and he said he’d ‘make it easier’ for her and just leave.”

FUCK YES. You fucking show them Rob. Loving the attitude here. Oh what’s that? We’re going to some fancy designer’s house for lunch and I’ve got to wear some trendy Valentino couture that doesn’t even fucking fit me? Well I’ve got news for you – fuck lunch, fuck Valentino and fuck YOU. I’m going to skip the whole wedding and fly back home and hang around in my boxers getting fat. Fuck that superficial bullshit! Would’ve loved to have been there for the moment he flipped the script on them.

Don’t get me wrong, he is looking fat as fuck, but Rob is wise enough to know that if he’s going to lose any weight he’s going to do it because he wants to and not because his dumb fuck sister wants him to look slim at her wedding. Keep doing your thing Rob. 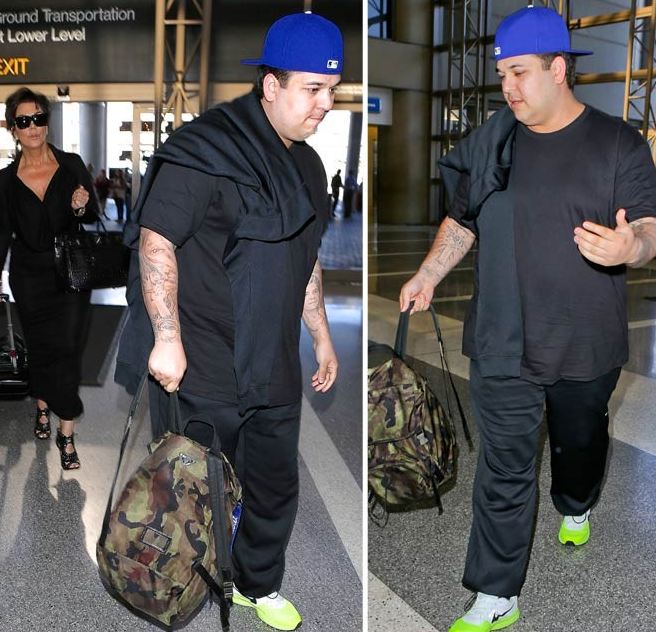 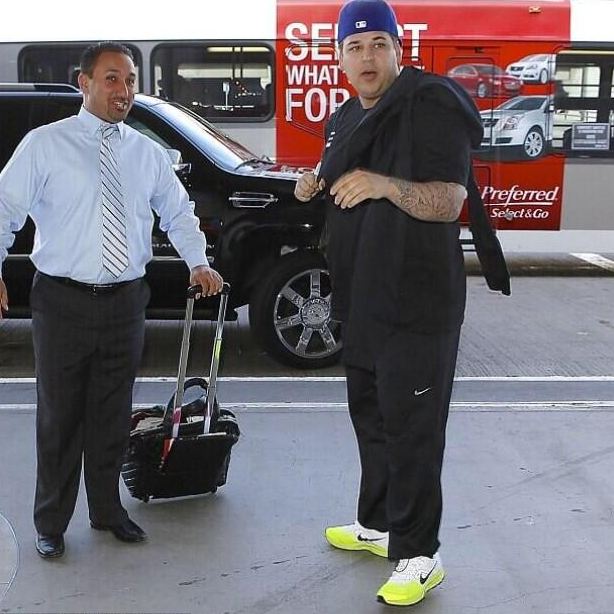