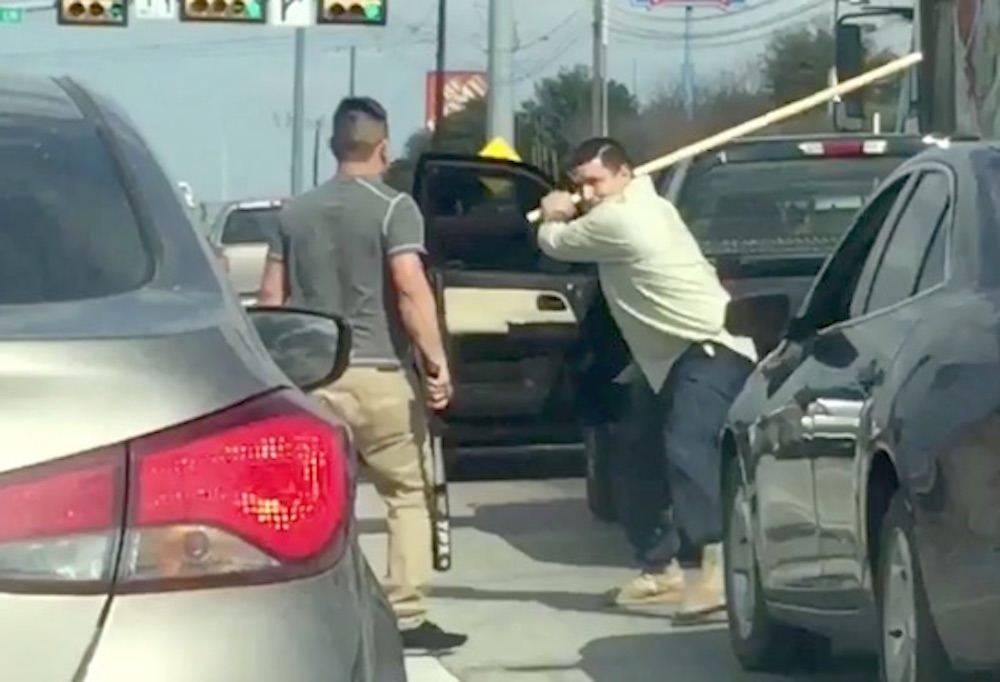 Don’t bring a baseball bat to a road rage fight.

Road rage is absolutely despicable, especially when it descends into actual physical violence between people. It’s even worse when people end up getting shot about it, but thankfully that doesn’t happen too often.

It’s kind of funny when people get so into it that they go back to their cars to get some makeshift weapons and then go at it in the middle of the freeway though. We’re in Austin Texas for this video, which is why I said freeway before someone picks up on it.

It looks like it was a bad day for traffic over there and someone had a Michael Douglas Falling Down moment and that was that, they just had to beat the crap out of the dude who had cut them up or whatever. Cue a full on fight involving a baseball bat and a giant stick, although both combatants were kinda lame and neither of them really ended up winning.

I mean if you’re gonna get your weapons out at least use them a bit better, right and beat someone to a pulp? Pussies.

If you really want to see how it’s done, check these two nutters meeting each other in a car park somewhere for a bare knuckle boxing fight. Brutal.