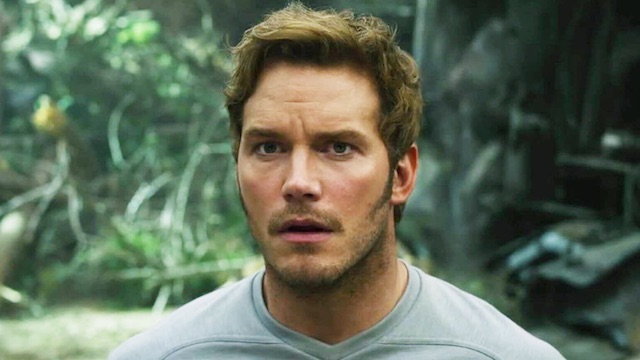 Remember a few months ago when someone started a meme about which Chris was the worst out of Chris Hemsworth, Chris Evans, Chris Pine and Chris Pratt and it kinda ended up with people cancelling Chris Pratt because they found out that he liked going hunting, possibly cheated on his wife Anna Farris, might attend a weird church that doesn’t recognise homosexuality and may have been a Republican/Trump fan? That was a weird time.

There wasn’t really any evidence of any of that other than a few photos of him hunting and talking about it – there’s a lot of circumstantial stuff though about the other stuff sure – but nevertheless that’s how the people reacted, apparently really upsetting Chris Pratt and some members of his family. And it turns out that the people still aren’t happy with him either because after pictures of Chris Pratt appearing as Star Lord in the new ‘Thor: Love And Thunder’ showed up on the internet, they moved to cancel him again by getting the #RIPChrisPratt hashtag trending on Twitter.

Apparently this was all started by some nerds in a WhatsApp group who decided they didn’t like Pratt and wanted to cancel him and remind people of his ‘controversial’ history by getting him trending again.  They even wrote some fake tweets coming from Pratt’s Twitter where he seems to be very racist to get people dunking on him. I don’t think these are real though?

Anyway here’s what people are saying on Twitter. Most people seem to be confused about what’s happening but lay a sly dig into Pratt anyway, usually by talking about how cool one of the other Chrises or someone else is, but a few of them are properly going for him:

Chris Pratt also kills animals for fun. Below are some of his quotes, such as, “I just like to kill ‘em”. I think this was posted about 2 years ago. I haven’t watched him since. #ripchrispratt pic.twitter.com/3vM6WWiuW1

Petition for Chris Pine to take over as Star Lord #ripchrispratt pic.twitter.com/MKQiuNSati

i have no idea what’s going on but i agree #ripchrispratt pic.twitter.com/aSjaDWPKRH

Very weird situation and I’m not really sure what to make of it really, but again it just goes to prove how if you get on the wrong side of someone these days, then the internet can be a very fast moving and unforgiving place. Don’t know what I think of Chris Pratt – he seems like a fun guy in his movies, but then again he is an actor – but I don’t think he’s doing anything wrong here, at least nothing that he deserves to be cancelled for.

Although is he even being cancelled or are people just messing around on the internet? Really confusing and I hope someone clears it up soon.

Lay off him and go pick on Marilyn Manson. He’s a guy who definitely deserves it after all the revelations this week.