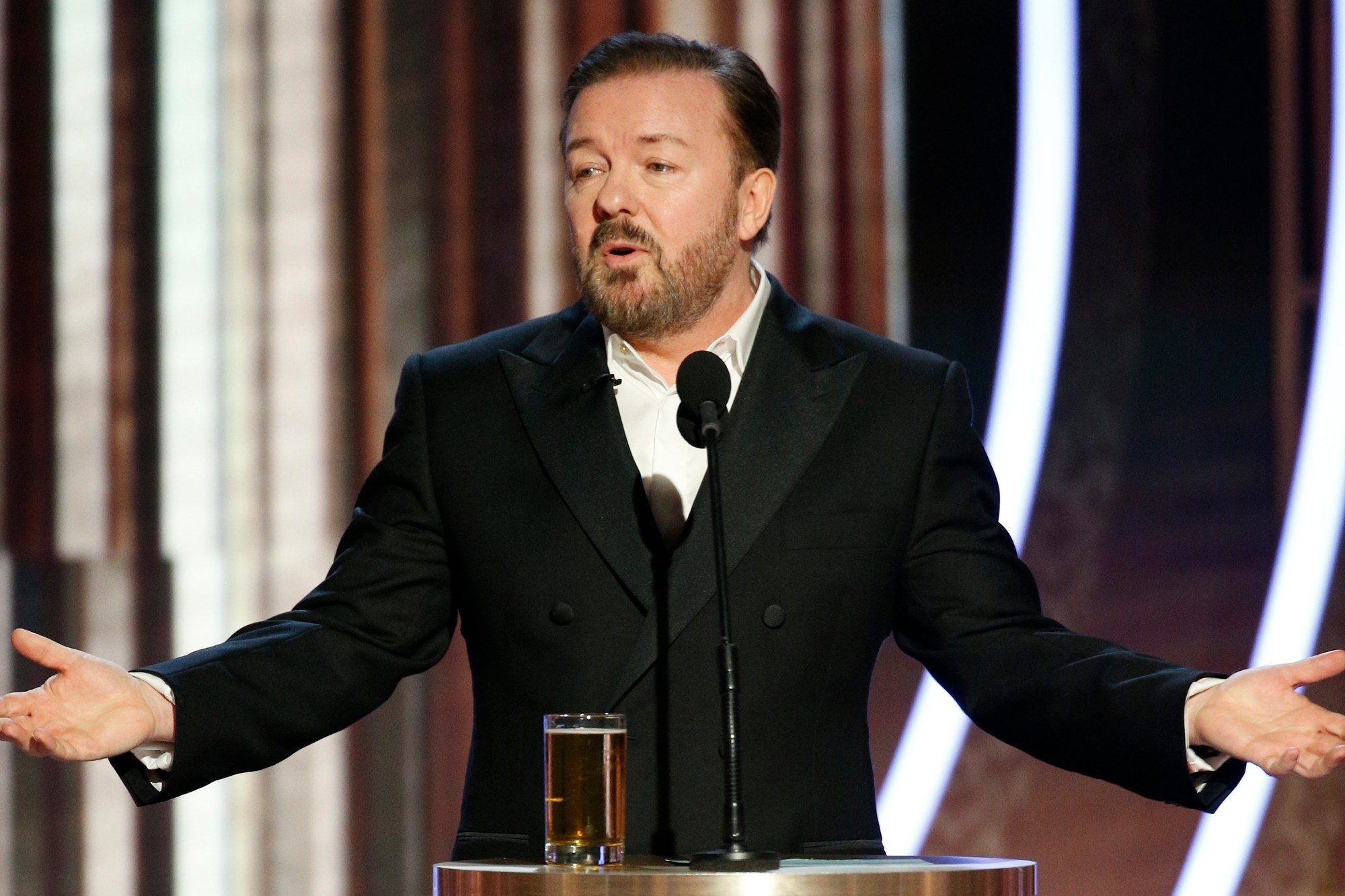 You’ve probably seen the clips doing the rounds today of Ricky Gervais completely annihilating Hollywood and its stars at the Golden Globes last night, mainly ripping into the celebs in attendance for their hypocritical grandstanding and virtue signalling over the years.

Here’s the main bit in case you missed it:

Love it. Never mind that many of them just ignored his advice and went up on stage and gave lectures anyway, it was great watching some of those famous faces squirm in their seats as he called them out on their hypocrisy, political blabbing, Harvey Weinstein and Jeffrey Epstein.

What’s also pretty funny is seeing the reaction from the Hollywood butt-lickers in the media today:

Forget the escapist magic of Hollywood. Nihilism was the name of the game when host Ricky Gervais opened the Golden Globes on Sunday night with a gloom-and-doom monologue so cynical it made the effervescent Tom Hanks scowl.

“No one cares about movies anymore,” and advised, “If you do win an award tonight, don’t use it as a platform to make a political speech. You’re in no position to lecture the public about anything. You know nothing about the real world.”

The last thing anyone needed was for the smirking master of ceremonies to reprimand them for having hope, or taunt the room for trying to use their influence to change things for the better.

Going into the Golden Globes, the biggest question was not who will win the night’s biggest awards but how much of a jerk Ricky Gervais would be. … On occasion, Gervais does genuinely speak truth to power, but much of the time he’s just, well, being kind of a dick.

Gervais is among the comedians who fear his ousting is a sign of increased, overbearing sensitivity.

Throughout his monologue Sunday, Gervais proved his enduring commitment to a form of comedy that relies on offense.

There were no Caitlyn Jenner jokes this time around, but Gervais pushed familiar buttons, seemingly in the hope of getting a rise out of the crowd. But even the darkest, harshest lines felt stale—an indication that Gervais’s brand of comedy might be out of step with what Hollywood and audiences want.

My gracious, some of Gervais’ jokes were stale. Not even stale — calcified. Not even calcified — turned to freaking petrified wood.

Are we going to pretend that “Leonardo DiCaprio dates hot young models” jokes are really going to cause Gervais future difficulties in Hollywood? …

At the Golden Globes, it’s OK for the jokes to hurt a little, but not too much.

Obviously comedy is subjective and so if you genuinely didn’t find Ricky Gervais funny at the Golden Globes then fair enough, but I think you know it’s going well when the people who think they’re above ridicule have to sit there on live TV and have a comedian who genuinely doesn’t give a fuck rip into them for the world to see. Not to mention – a lot of the best jokes are the ones with some truth in them.

Like Ricky says, the public has had enough of being lectured by people who get paid millions to pretend for a living. I mean I love Leo DiCaprio and will never say a bad thing about him (he also took Ricky’s joke at his expense in good spirit), but you can’t be talking to us about climate change when you’re taking privates jets to hang out on massive private yachts with 10/10 supermodels. Come on now.

P.S. Look at how the producers tried to play Joaquin Phoenix off the stage when he echoed Ricky’s sentiments about flying on private jets:

#GoldenGlobes best actor winner (drama) for #JokerMovie, Joaquin Phoenix, tells Hollywood to put their money where their mouths are on #ClimateChange:

“We don’t have to take private jets to Palm Springs… And I’ll try to do better, and I hope you will too.”@newsbusters pic.twitter.com/cMxBilaExF

For the awesome, must-read tribute to David Bowie that Ricky wrote a few years back, click HERE.