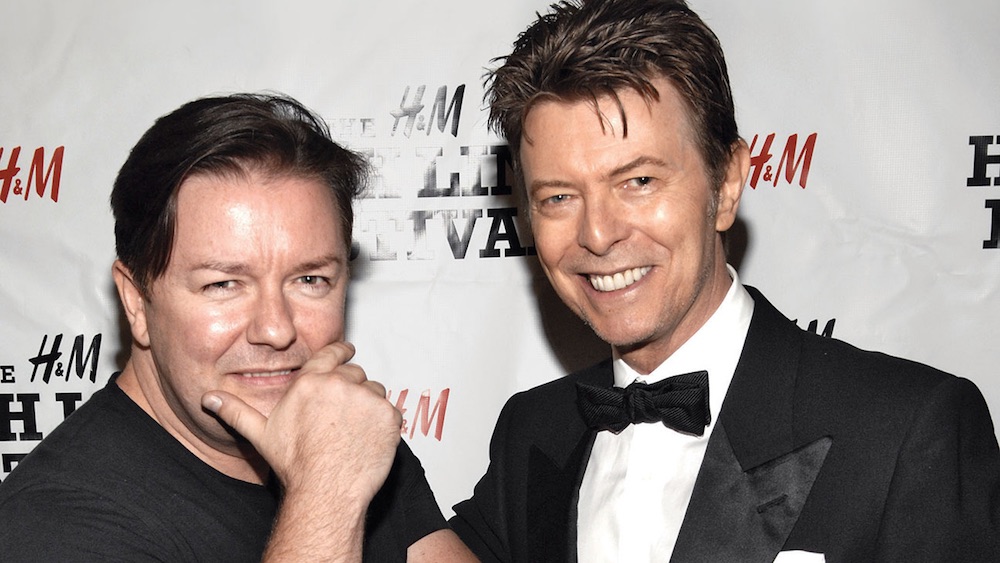 They were a real odd couple but they made it work.

Ricky Gervais and David Bowie was one of the most unusual relationships in celebrity, and apparently it all began when Bowie emailed Gervais after enjoying The Office, saying the following:

I watched. I laughed. What do I do now?

This of course led to his legendary cameo in Extras (which you can see below) and began ten years of friendship between the pair. As you might expect, Gervais was very saddened to hear of his friend’s passing and penned the following emotional tribute to him in The Hollywood Reporter:

After the show I saw the tweets and was trying to find out if it were a hoax – and it wasn’t. Our relationship was bizarre and surreal, and I felt so privileged to know him. I never forgot he was my hero, even when he became my friend. I somehow divorced the two concepts in my head. When I talked to people, I talked about this rock star who changed my whole outlook. He put my life in color. He made me believe: You can do anything; you’re a working-class kid in Reading; creativity is freedom. Ability is a poor man’s wealth. I loved everything he did. He never let me down, even at the end. I’ve never seen a more dignified ending.

I was looking at an email he sent me a few weeks ago. It was as funny and fresh and smart as any in the last 10 years I knew him. That’s integrity. That’s f–ing privacy. All this about being one of the most worshipped artists in the world – he never fell for it.

I remember the first time I went to see him, I didn’t know what to say. “You’re here for Mr. Jones?” I smiled – of course I was. Right then, David Bowie didn’t exist. His apartment was as amazing as you’d imagine. There was a 3D Picasso-esque sculpture in the middle – beautiful. He said, “My daughter likes to hit that with a hammer.” 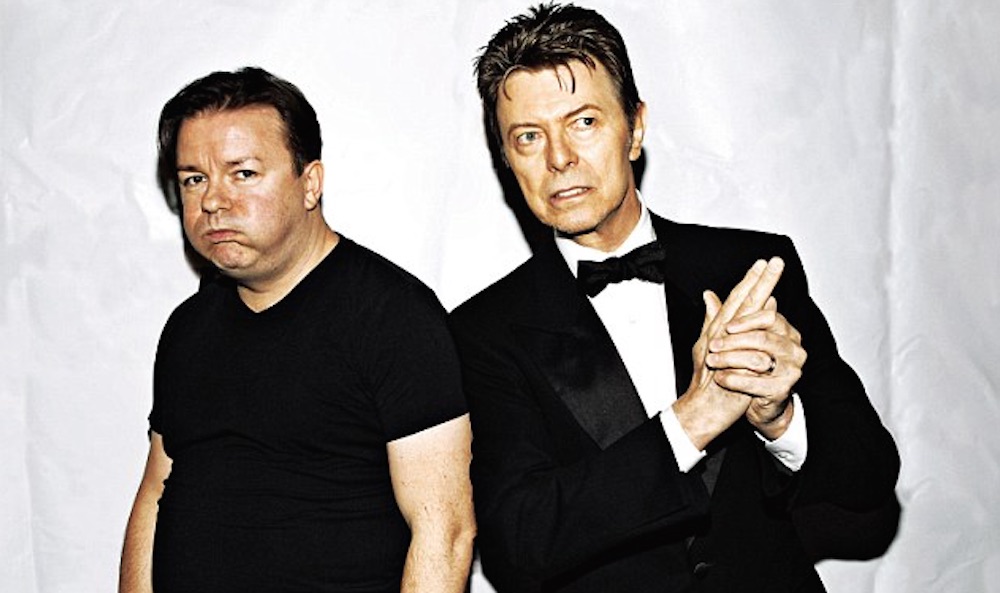 I wrote the Extras scene about meeting your hero and him not being what you thought. I wrote the lyrics and called him and he said, “Sorry, I was eating a banana.” I thought that was funny. I asked if he could do something retro, something like “Life on Mars?” He said [sarcastically], “Sure, I’ll just knock off a quick little ‘Life on Mars?’ for you.” We laughed. And then he came and did the show and gave us exactly what Bowie was.

Later he was doing a benefit in New York for The High Line [park] and wanted me to do the show in Madison Square Garden. I said yes, “but only if you introduce me.” So he came out in a tuxedo, the crowd goes completely crazy, and then, a cappella, he started in with, ‘Chubby little loser … Please welcome Ricky Gervais.’ ” So that’s two highlights of my career with the same man

Touching, and pretty much the perfect tribute to the fallen hero. Nice one Ricky Gervais.

For more David Bowie stories, see how he was partly responsible for Fight Club existing.