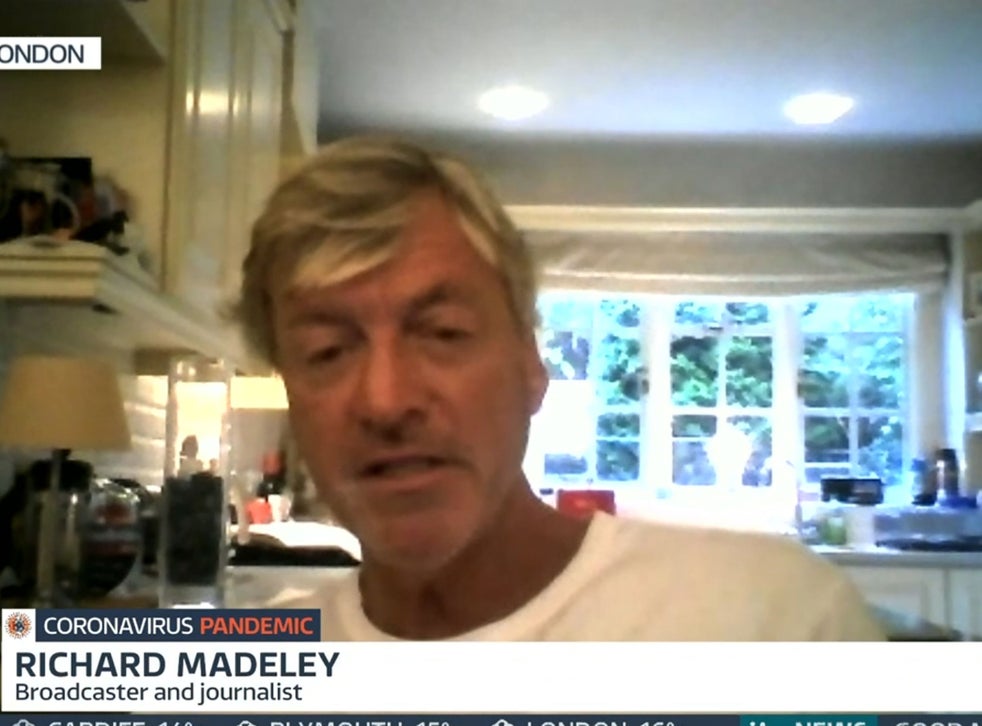 I think it’s actually been a while since we’ve featured a celebrity coming out and full on saying that they disagree with the government’s new Coronavirus rules, but thankfully we’ve had Richard Madeley on Good Morning Britain today to rectify that.

Madelely was Zooming in to talk to Susanna Reid and Adil Ray where he decided to say the following:

In the situation that we’re in now I think it’s proven that they are pointless yes, and I completely defend that metaphor of a game of hide and seek because that’s what it’s turned out to be.

Initially when the first lockdown was introduced, people like me, and I’m sure people like you, were fully in support of it because we were told it was going to protect the NHS, and it did.

In that sense, the lockdown did work. It protected the NHS and saved lives. But job done now, we’ve got the Nightingale hospital standing by, they’re ready to open up if new cases increase, but there’s no point in running away and hiding from the virus.

The virus doesn’t just go away because we go into a game of hide and seek and dive under covers and hide in the wardrobes for a while, because when we come out, it’s like a taxi on the metres, ticking away outside the house.

When we get out, we get infected again and the rates rise. That is exactly what is happening now.

I mean whilst some of what he’s saying is true, the fact is that if you stay indoors then this is already proven to stop the spread of the virus, so this isn’t exactly pointless as it will almost certainly reduce infections and save lives. Yes, the virus might re-emerge but this also gives more time for a vaccine to be produced to combat it, so to say that it’s pointless kinda makes out that he doesn’t really understand the situation even slightly or why the government have recommended this course of action.

Needless to say, Madeley was pretty much torn a new one on Twitter:

It’s good to see we’ve got virology experts like Richard Madeley to speak out for us.

I enjoy Richard Madeley – he was funny on The Circle, is a fantastic source of accidental Partridge, and I’m sure he’s a lovely person. That being said, he ALSO appears to be a fucking moron who makes Eamonn Holmes look bright.

Richard Madeley making a tit of himself on tv again… his mum Judy will kill him when he gets home.

Absolutely disgraceful that GMB gave equal time to journalist and TV ‘has been’ Richard Madeley; with a psychologist who is an expert in the field….. His views are just that – his!!

Yeah, can’t really disagree with anything any of those people are saying there really. Wonder which celebrity is going to be next?

For more of the same, check out this bunch of covidiots that gathered to watch a street fight outside a local pub. Morons.