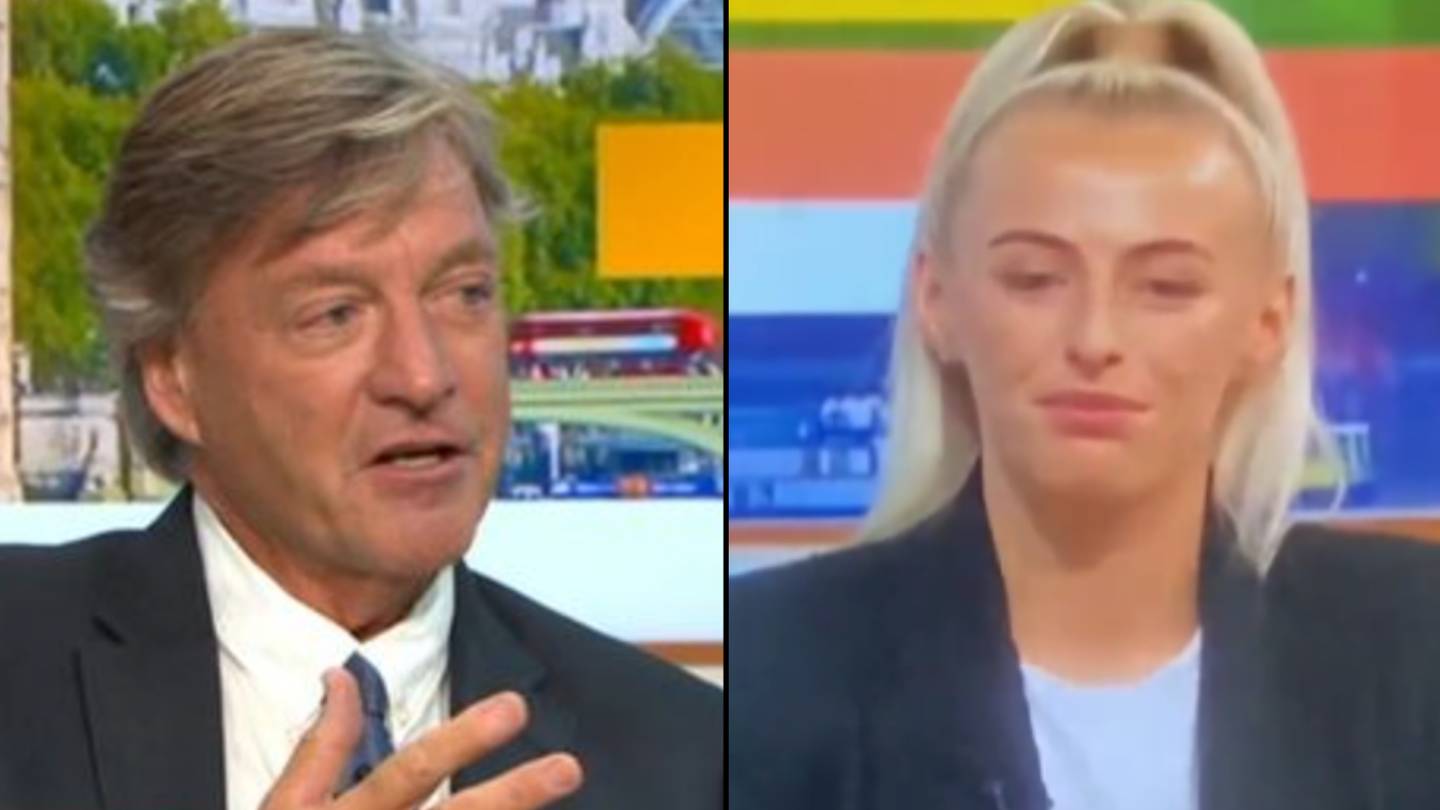 The whole country was buzzing that the Lionesses managed to beat Germany in the Euro 2022 final on Sunday and sort of bring football home, but countless celebrities have been making ‘accidentally’ sexist and creepy comments in the wake of their victory, with the latest coming from Richard Madeley.

Madeley is already known as the king of cringe since his return to ‘Good Morning Britain’, so it was no surprise to see him pull out an awkward moment as he interviewed match winner Chloe Kelly on the show today. Firstly he decided to call her ‘Coco’ during the segment as it was the nickname he gave his daughter who was also named Chloe – which is all kinds of cringe and weird – and then he said that nobody had a clue who she was before the weekend and that she could have walked into any supermarket in the world and not be recognised. Whilst there’s some element of truth to that, the fact that she’s a Champion’s League striker playing for Man City probably means that this isn’t exactly 100% accurate even though her fame will have increased exponentially after that moment.

Kelly’s reaction was just as you imagined (skip to about 9 minutes where it gets a bit weird):

Eek. That wasn’t as bad as I thought it was going to be to be honest but it was still really cringe and you can just kinda tell that Kelly hates it by the way she’s awkwardly smiling through the interview and not really answering the questions too. Probably be grimacing through interviews like that for the rest of her life though now hey with the amount of idiot presenters like Richard Madeley out there.

Anyway here are a few disses about Madeley on Twitter that are pretty funny:

Richard Madeley is creepy😳you just DONT Call Chloe Kelly “Coco” because that is what you call YOUR Daughter who is called Chloe🤦‍♂️show respect you Creep!! #GMB #Lionesses

Not Richard Madeley interviewing Chloe Kelly and telling her that just last week she could walk into any supermarket and not be recognised. She’s a Man City, Champion’s League striker. Cannot eye roll enough at this clown.

Richard Madeley you don’t interview someone then end with calling them your daughters nickname 🤷‍♀️🤦‍♀️.. show Chloe kelly some respect , she’s more than earned it ❤️

Imagine all the girls being inspired to take up football, and they see Chloe Kelly being subjected to an interview with Richard Madeley after winning the Euros by beating Germany in a final at Wembley. Years of progress undone. https://t.co/TsYRoKI0ri

Yeah, they have all kinda got a point there haven’t they? I can kinda get behind the supermarket comment as even though she’s famous in some circles at this point it’s going to be majorly amplified after scoring that goal, but coupled with that comment it’s very Alan Partridge and strange. Not quite sure if it’s undone all the work of the Lionesses over the tournament like that one person said, but it certainly doesn’t help though.

For more of the same, check out when Madeley said that Chris Rock was the most unpleasant celebrity he had ever met. Read the room.