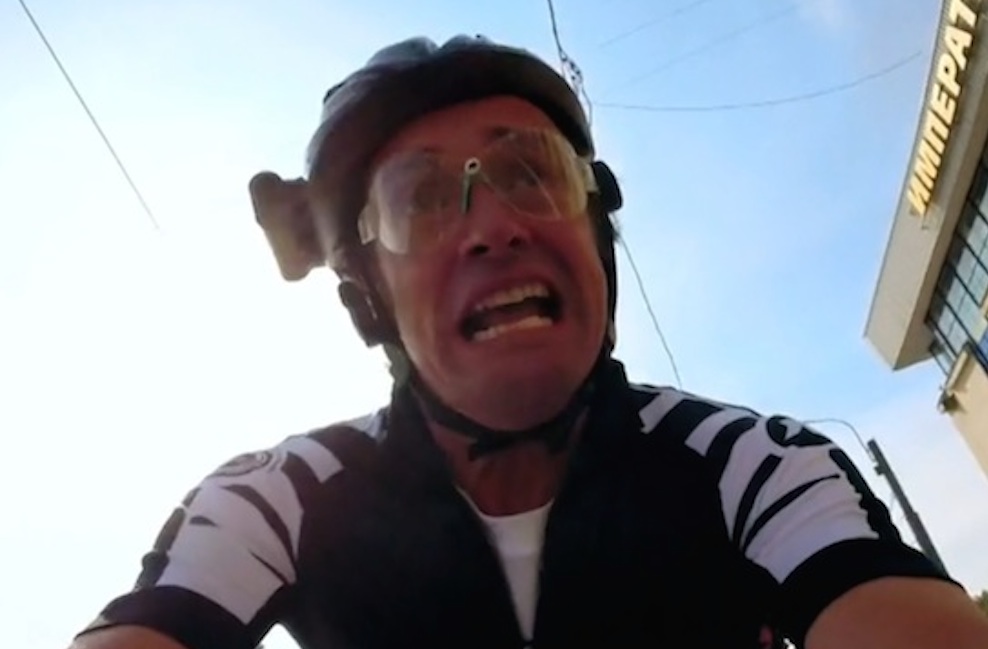 He holds absolutely nothing back here.

Richard Hammond probably hasn’t got a lot to do at the moment thanks to the whole Jeremy Clarkson getting fired from Top Gear debacle, which means he can spend time on leisure pursuits like cycling around London.

Unfortunately for him though it isn’t all plain sailing for him as a car carved him up unbelievably in the video you can see below. Hammond was able to manoeuvre around him but if he hadn’t been so quick witted it could have led to a serious accident and Hammond lets the driver know this by spitting out one of the most impressive combinations of swear words we’ve ever encountered. He holds absolutely nothing back.

If this is anything to go by then let’s hope that when Clarkson, Hammond and May finally get a new deal that it’s on a channel that allows swearing, because that could really add a whole new dimension to their programming.