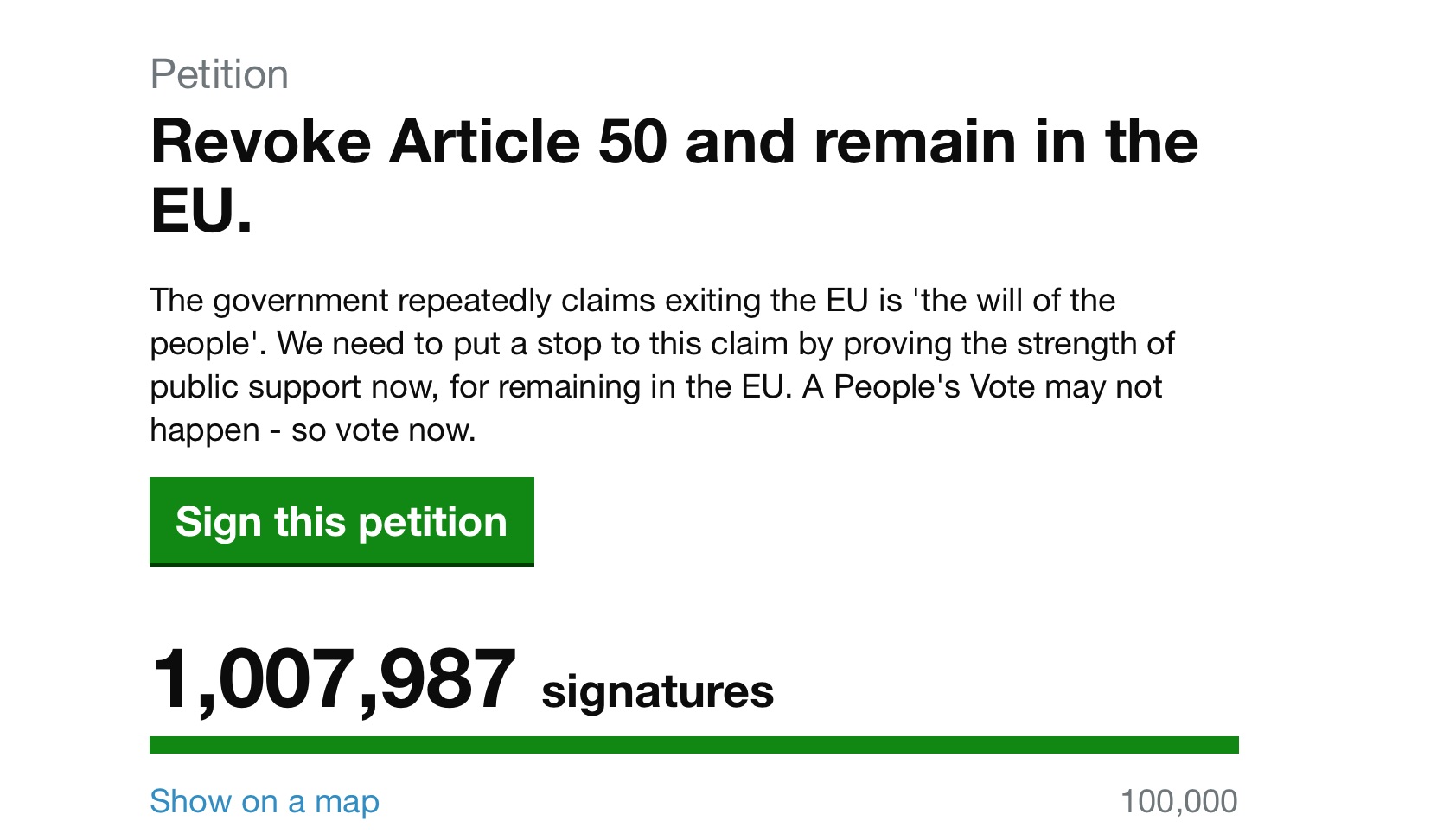 Will this actually do any good?

It looks as though the Brexit mess might finally be coming to an end following the EU’s statement last night, but not before the Remainers have one damn good try and trying to revoke Article 50 once and for all.

They’ve decided to do this by posting up a petition calling for the government to revoke it and not actually leave the EU and incredibly it has already amassed a million signatures despite the website being so overloaded that it’s crashed a whole bunch of time. People are claiming that it’s the fastest ever petition to reach a million signatures and to be honest I believe them because when else has anyone bothered to sign a petition? Massive marches are also planned for this weekend in central London to protest against the withdrawal from the EU and the lack of certainty regarding a deal or no deal situation from both Remainers and Leavers after Theresa May’s handling of the whole scenario as well. 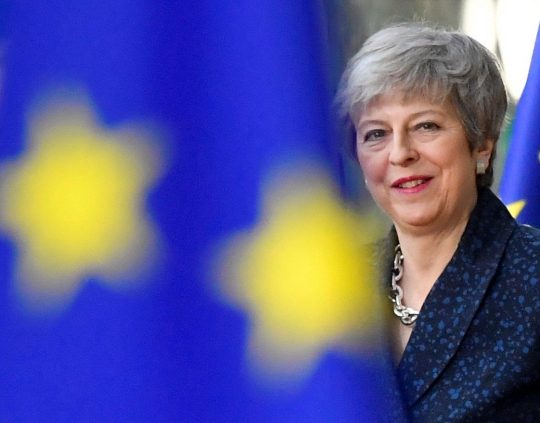 I’m not particularly confident that either of these things are going to make any difference, but if you think that they will then hey, go sign it and go march. The way things are going it would be even more of a joke if we just decided not to leave now so I guess it’s been in fitting with the last couple of years. Enjoy being a part of history.

For more of the same, check out this Brexit supporter saying that it’ll do the country some good to go without food. Good one pal.