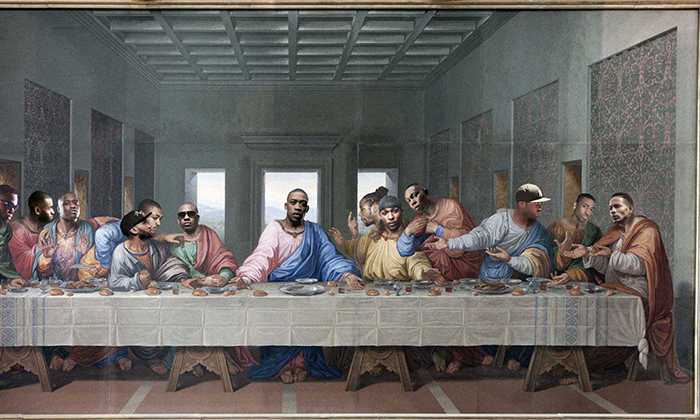 If you’ve ever been a fan of Grime music, you’ll want to see this.

Grime music is now bigger than it’s ever been. What might have been a low-fi, tinny London sound spilling out of your mate’s phone like a polyphonic on those grey English evenings has now grown into an internationally renowned genre; recognised by man the world over.

We’ve all seen Drake transition into Skepta/BBK’s biggest fan-boy, Kanye has co-signed the scene and man like Stormzy gets mobbed in places like Stockholm. Heck, these days they’re all over it even in Japan:

(And yet Bearman’s still nowhere to be seen…)

Today, the scene’s originators and innovators have been depicted in paintings as the UK royals they are, thanks to 27-year-old artist Reuben Dangoor from North London.

The hype around Dangoor’s work started when he Tweeted an image of Skepta, dressed in white, sat atop a horse waving the Union Jack. Reppin’ the UK much like he’s been doing in the past year, although really he’s been at it for over a decade.

Check that one out below, then check the rest of his super dope portraits over the next few slides. 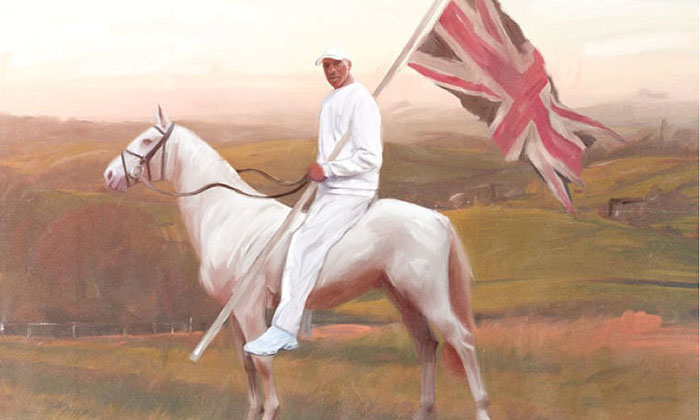