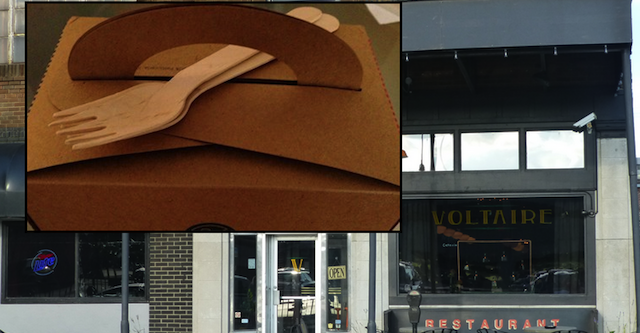 Now this is how you reply to a bad review.

Every one of us has done it – you’ve had a bad experience somewhere so you go onto the internet and bitch about it. Sometimes it’s justified but sometimes it completely isn’t like in these stupid travel complaints and like in this story too.

Basically, some bitch from Kansas City phoned up a restaurant called Voltaire that was over the street from them and ordered take out, even though the restaurant doesn’t actually offer a takeout service. When the restaurant refused to change their own rules for her – which is perfectly reasonable really isn’t it? – she went absolutely mad at them and then went on a psychotic rant on Yelp.com in the effort to affect their business.

Fortunately for Voltaire though, whoever runs their social media accounts absolutely nailed their reply and all that happened was that the original bitch ended up looking way more stupid. That’s how you deal with criticism – and how to avoid having the biggest Facebook brand meltdown ever. 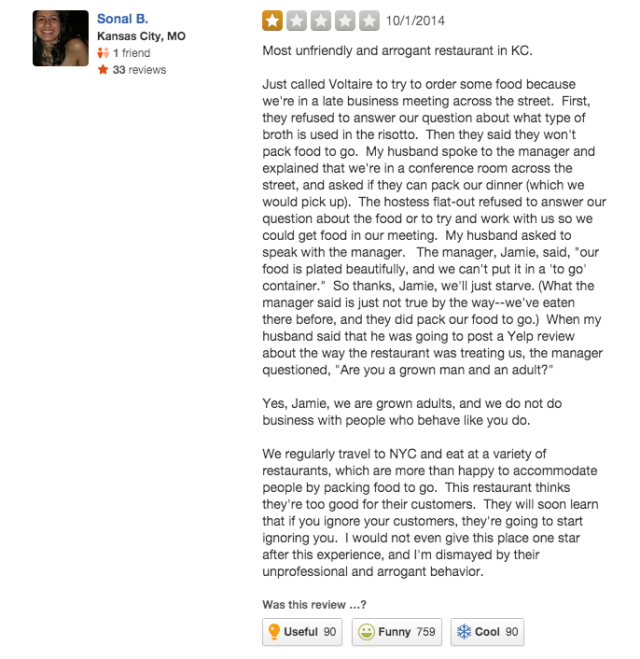 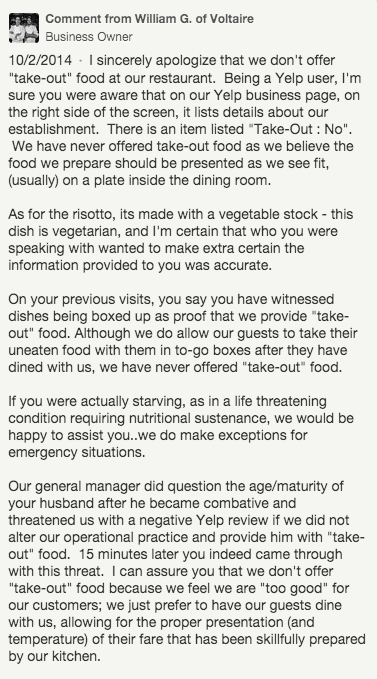