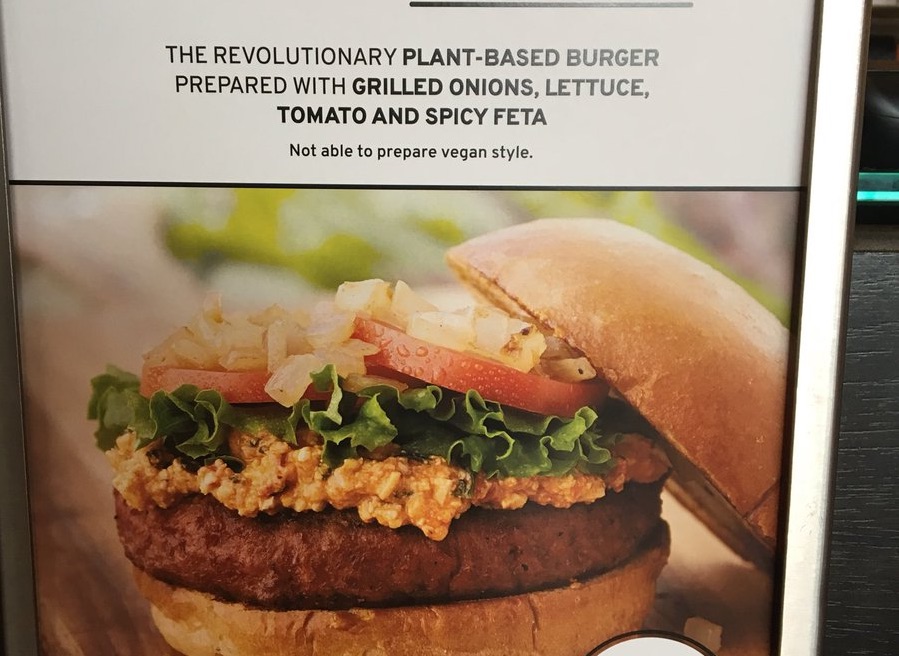 The vegan movement seems to be constantly gathering momentum and most restaurants seem to fall in one of two camps – those who embrace it or those who steadfastly do anything they can to stop it.

Few however are taking the bizarre stance that Luna Grill over in San Diego, California though. They’ve decided to put the vegan Beyond Burger on their menu but are refusing to serve it in a vegan style whereby they’re adding Feta cheese to it and even printing on the menu ‘not able to serve in vegan style’. Even if you ask for it without Feta, it still won’t be vegan as they’ll deliberately put butted in the pan that it’s cooked in to ensure that it isn’t. Don’t really get the advantage of that kind of banter there?

This all comes courtesy of Twitter user Grace, who had the following to say about it as well as the original tweet:

Their vegan options are fairly limited if they reuse to serve the Beyond Burger as vegan.

They have falafel, fries, sweet potato fries, and a veggie kabob plate that can be made vegan if you don’t get the pita bread.

I got the veggie kabob plate with no pita bread (it has milk in it, don’t know why) and added falafel as my protein.

You’d think staff would see the irony in head office’s odd decision, but apparently not.

The staff member was not apologetic, he seemed like he didn’t care about the fact that I was vegan since they didn’t feel like washing the pan for me.

He did not see the irony in not being able to sell it vegan. He just kept telling me that they’re not a vegan facility.

I think it’s absolutely wrong to alienate vegans from their own vegan products.

Sure, carnivores are allowed to eat it too. But Beyond Meat shouldn’t have allowed their vegan burger to be sold as a non-vegan burger at Luna Grill.

What’s the point in Beyond Meat’s message to save the environment if theyre going to allow dairy cheese and butter on their vegan burger?

I mean she’s kinda got a point there and I’ve gotta agree with her – it seems awfully cruel, bizarre and downright crazy to offer a non vegan vegan option on a menu of a restaurant. I don’t think there’s any reason to do that except to discriminate against vegans for literally no rationale whatsoever other than to deliberately rinse them.

Can’t really back that as although it’s vaguely funny, it’s also kinda like bullying. Just give vegans the vegan option and let them enjoy it, it’s not like the fact that they’re eating it is going to affect anyone else. Give them a break FFS.

For more vegans, check out this woman who got vegan tattooed on her forehead. Probably a bit too much there.