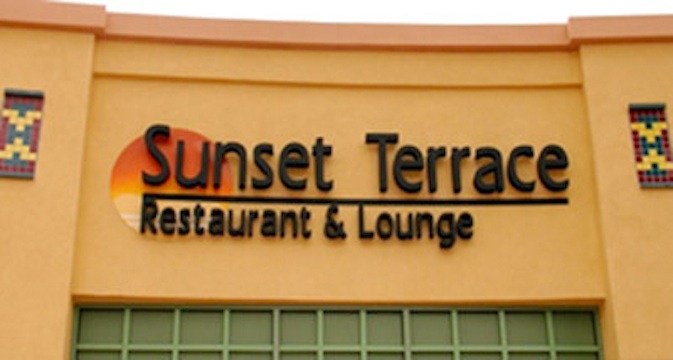 He really loses the plot here.

We had the ultimate Facebook brand meltdown a couple of years ago, but I think this exchange between customer and a restaurant via the medium probably has to rank up there as well.

It’s a series of messages (most of which have now been deleted) between a man named Tyron who owns the Sunset Terrace restaurant in Thousand Oaks, California and a customer named Brooke Lewis. There isn’t really any context to this so I might as well just dive into it. Tyrone’s response to Brooke’s negative review really is something else as he seems to delve further and further into fiction and madness as the post continues: 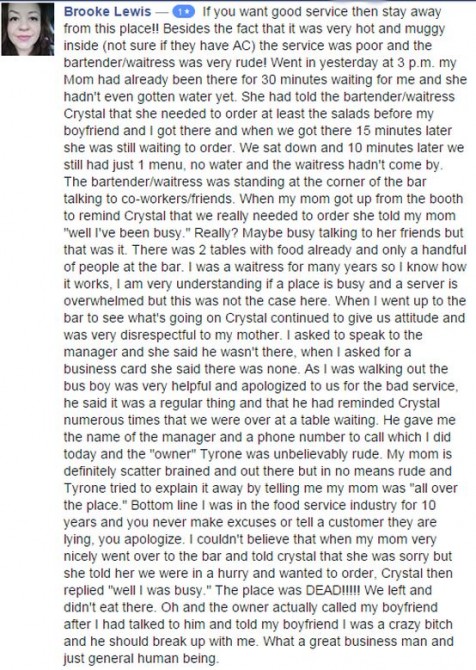 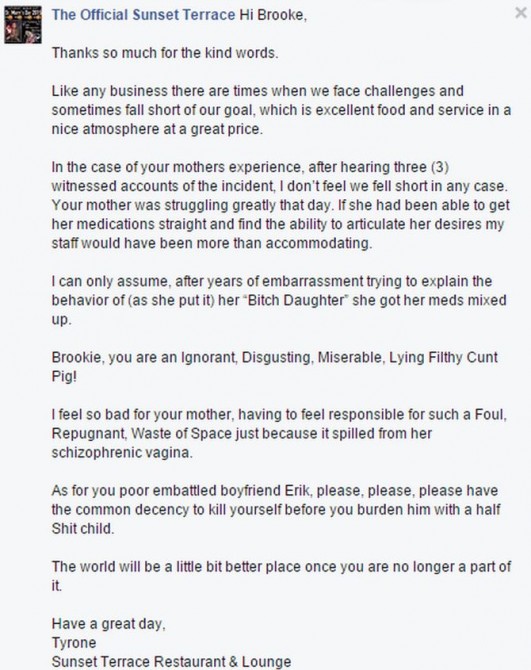 Wow, right? I mean it starts off fairly amicably and then out of nowhere he just goes completely mental and starts insulting her, to the point where he even says she should never reproduce. Man knows how to dish it out, that’s for sure.

What’s even better is that even after he realised that his response was slightly overzealous, he didn’t apologise to Brooke at all in his apology post, just people he may have offended. What the hell did she do to offend him so badly? I mean he wasn’t even there and is relying on the testimony of his staff – who probably aren’t exactly going to come rushing to the aid of someone who dissed them on the Internet – so how has he managed to be so angry and unrepentant about all of this?

Bizarre behaviour. If I’m ever passing through Thousand Oaks, I’ll probably give the Sunset Terrace a miss.