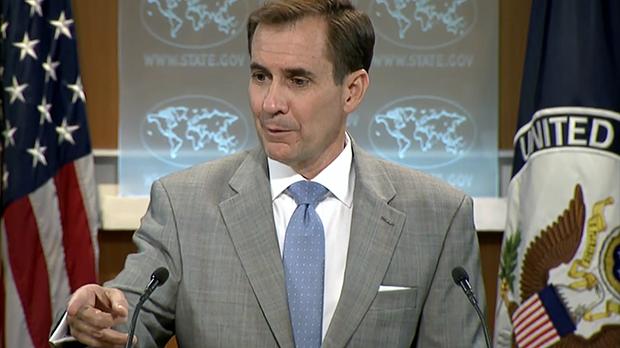 This has officially gone too far now.

A US state department briefing was interrupted this week when the spokesman up on stage clocked a reporter playing ‘Pokemon Go’ and called him out on it.

John Kirby was holding a press conference discussing tactics in the fight against ISIS when he noticed one reporter glued to his phone.

And that’s how crazy this ‘Pokemon Go’ phenomenon has gotten. This news reporter responsible for taking down this information and relaying it to the rest of the world is too busy trying to catch Pikachu or whatever instead of paying attention. Love how he tells Kirby that “the signal is not very good” though – the guy knew he’d been rumbled and couldn’t care less. Great response.

To read about the first ever Pokemon Go-related death which occurred this week in Guatemala, click HERE.