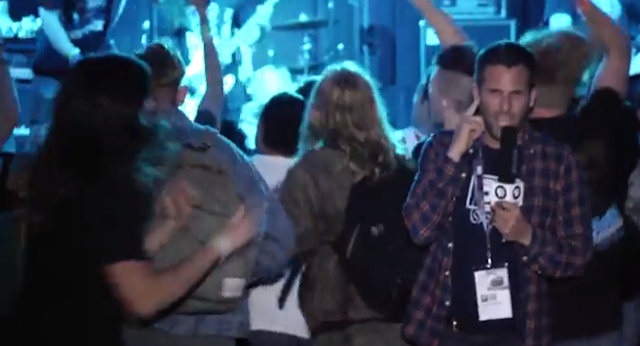 If you can’t handle the pit then stay out of the pit.

Apparently whoever uploaded this video can vouch that it happened and is 100% legit, but we’re not so sure. It’s entertaining enough either way.

It pretty much goes down exactly how it says it in the title, with reporter Steve Goldblum thinking it was a good idea to stand in a violent mosh pit to do his report on the SXSW music scene. This might work if you were going to see some crappy indie band where nobody moved, but when you’re going to see a band called Power Trip and they play metal/hardcore it probably isn’t going to be the best of ideas, as Steve found out when he got the absolute crap kicked out of him and his report had to be aborted halfway through as he found himself running around in a circle pit with no hope of escape.

Smooth moves dude, I’m sure that Pulitzer is on its way over to you right now.