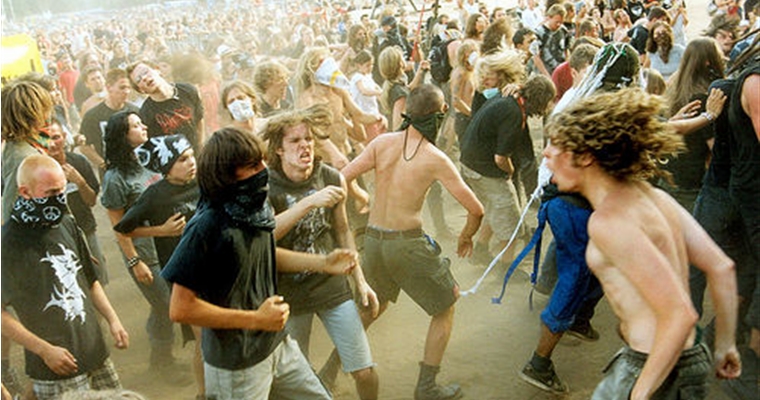 I may never enter a mosh pit again for the rest of my days, but I always enjoy watching the carnage. Don’t you?

Heavy metal is something that makes most people want to puke up their egg and chips. But for others it makes them want to smash the bejeezus out of each other in a mosh pit, then have a sweaty hug. Most people get over their metallic passions at a young age and get in to stuff that is cooler, gayer or both as they reach their mid 20’s. For some reason I still have a nugget of metal suspended in the spongy space between my ears. I don’t know why it’s still there, but I don’t mind. Never really lost my teenage angst I guess? Pathetic really. But fvck it. 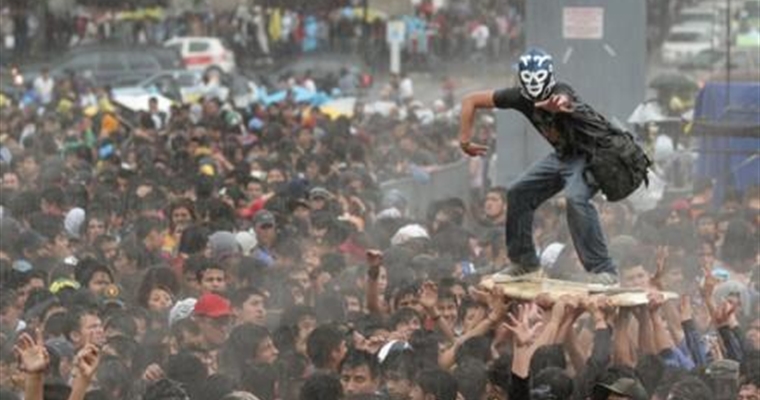 As for mosh pits it’s been many a year since I got involved in them. I might be stupid but I still value my nutsack and eye balls too much to hurtle in to a sweaty, adolescent mass of fists and elbows. This video shows you a guy in a wheelchair doing his own personal circle of death while listening to the subtle and beautiful live sound of Cannibal Corpse. Makes me feel happy to be a human.

This next clip ably demonstrates one of the many perils of getting involved, i.e. a boot in the face, karate style. Look out for a kid in an orange vest (nice choice) coming on from the left at 1:28. Ouchy.

One of the classic motifs of a modern day pit is the charmingly named “wall of death”. The basic premise is this: the vocalist of the band commands that the pit splits in to two groups to leave a space in the middle. Then, on his command, you run full pelt in to each other. Stupid as fvck to be involved in, but great to watch from afar.

Lastly, here’s some stand up gents dancing to hardcore. It’s not so much a mosh pit as a big open space pit. But they are having a nice time. For those who aren’t in the know, dancing to hardcore is it’s own special niche. There’s a lot of flayling limbs and pseudo-ninja kicking going on. But watch out for the doode with the long hair doing his own personal work out.