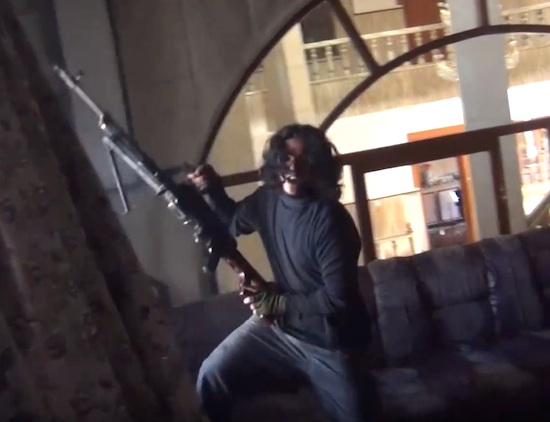 The battle is not nearly over.

It’s been well documented on this site that coalition forces have been working their way through the ISIS forces located in their last stronghold in the country of Iraq – the city of Mosul – and have been doing a fairly good job of it so far.

The biggest challenge is yet to come though as the fighters now look to clear out the last remaining foothold that ISIS have inside the city. The east half of the city has already been taken, but in mid January the coalition marched onto the west side, beginning with the strategically placed Mosul University. Many of its buildings overlook the Tigris River which cuts the city in half, making it a location of great importance.

The special report below from Sky News explains the necessary tactics for the upcoming battle and also highlights just how fanatical and insane the young men who serve ISIS can be:

Geez those guys shooting in that house are completely and utterly dedicated to the cause, aren’t they? It’s fucking terrifying.

Half the city may be taken, but up against people like this in the cramped alleyways, it looks like there’s still a long way to go before Mosul is liberated, despite the confidence of success that the commanders are talking about. At least it looks like things are finally improving over there, slowly but surely.

ISIS are definitely in trouble though – over the weekend one of their chief executioners was murdered by a death squad which was a huge blow to them. Serves him right.