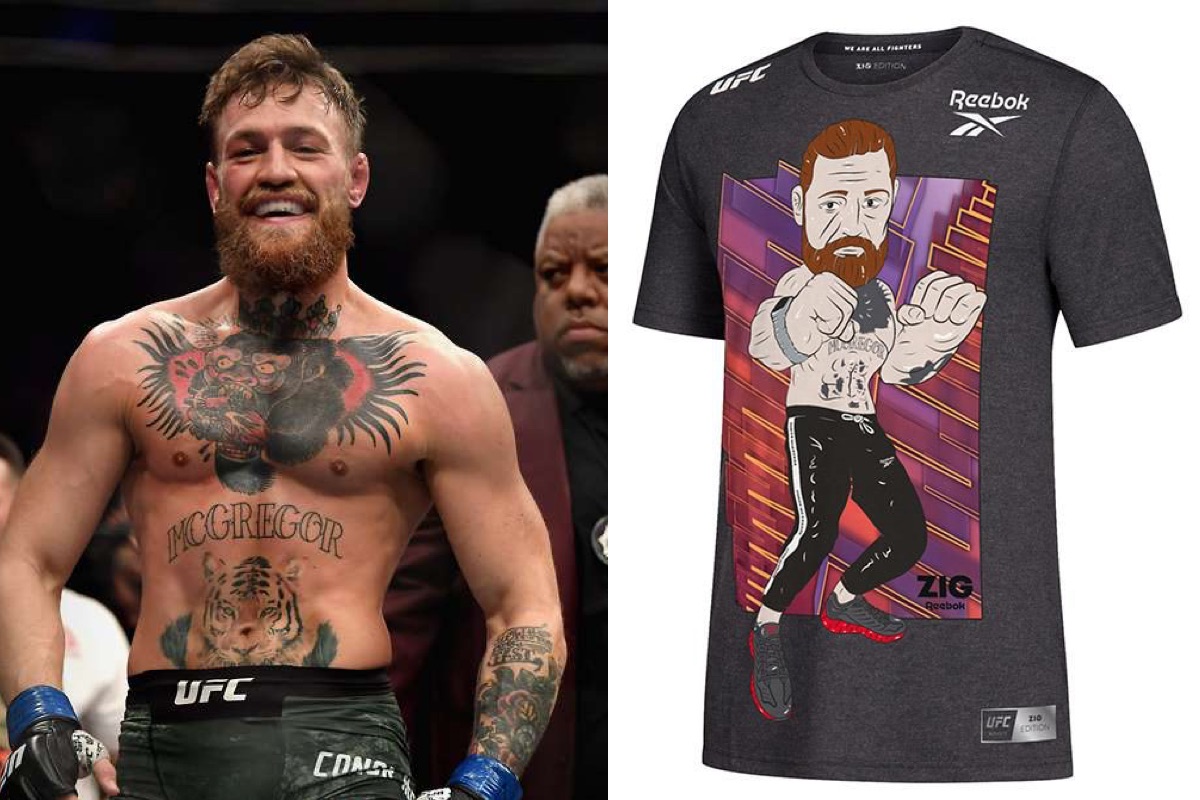 The ringwalk has become almost as an important and iconic part of fight night as the actual fight itself in the modern game and so it’s bizarre to see Reebok claiming that they’ve designed what can only be described as completely and utterly godawful shirt for Conor McGregor’s comeback against Donald Cerrone on January 18th.

The shirt seems to feature a topless cartoon exaggeration of McGregor, who is also wearing a massive watch for some reason despite clearly spoiling for a fight. It’s supposedly part of a new ‘Legacy Series’ from Reebok which I can only assume will feature other terrible cartoons of UFC fighters looking like idiots.

Anyway get a load of this:

Imagine wearing this after 1988 pic.twitter.com/ylyI2nlvrk

Yeah, surely there’s no actual way Conor is going to come down to the ring wearing that come January 18th is there? Pretty much asking Cowboy to smash his face in if he does that isn’t he? He’ll deserve it too.

One other point of information about this debacle – apparently McGregor also had a hand in designing this t-shirt as well? Can’t actually believe that’s true either, unless it was to just say something like ‘just do whatever you want, literally whatever you want and I’ll be fine with it’. Really can’t wait to see him not wear this.

For more of the same, check out Conor McGregor punching an old man in the face in the pub. Never gets old.