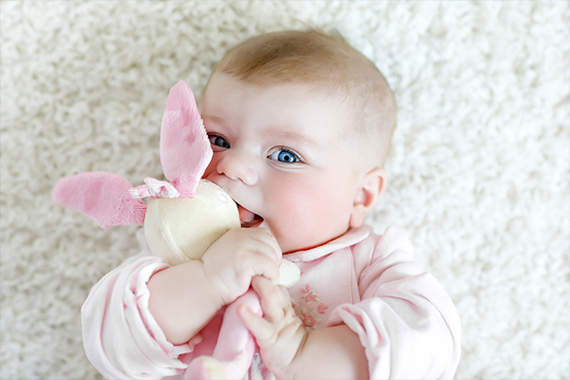 Reddit’s AITA (Am I The Asshole?) section is great because you just can’t beat the everyday dilemmas that regular people find themselves in, especially when they turn to the internet to get an objective opinion on the situation.

In this case, a woman and her Vietnamese husband are set to have their first child and inform the family that the baby’s name will be ‘Van’. Which seems fair enough.

Not according to the woman’s sister who really hated the name and let her sibling know it. There is a massive twist to this story though that involves the name of the sister’s child which the OP doesn’t like either. Read on: 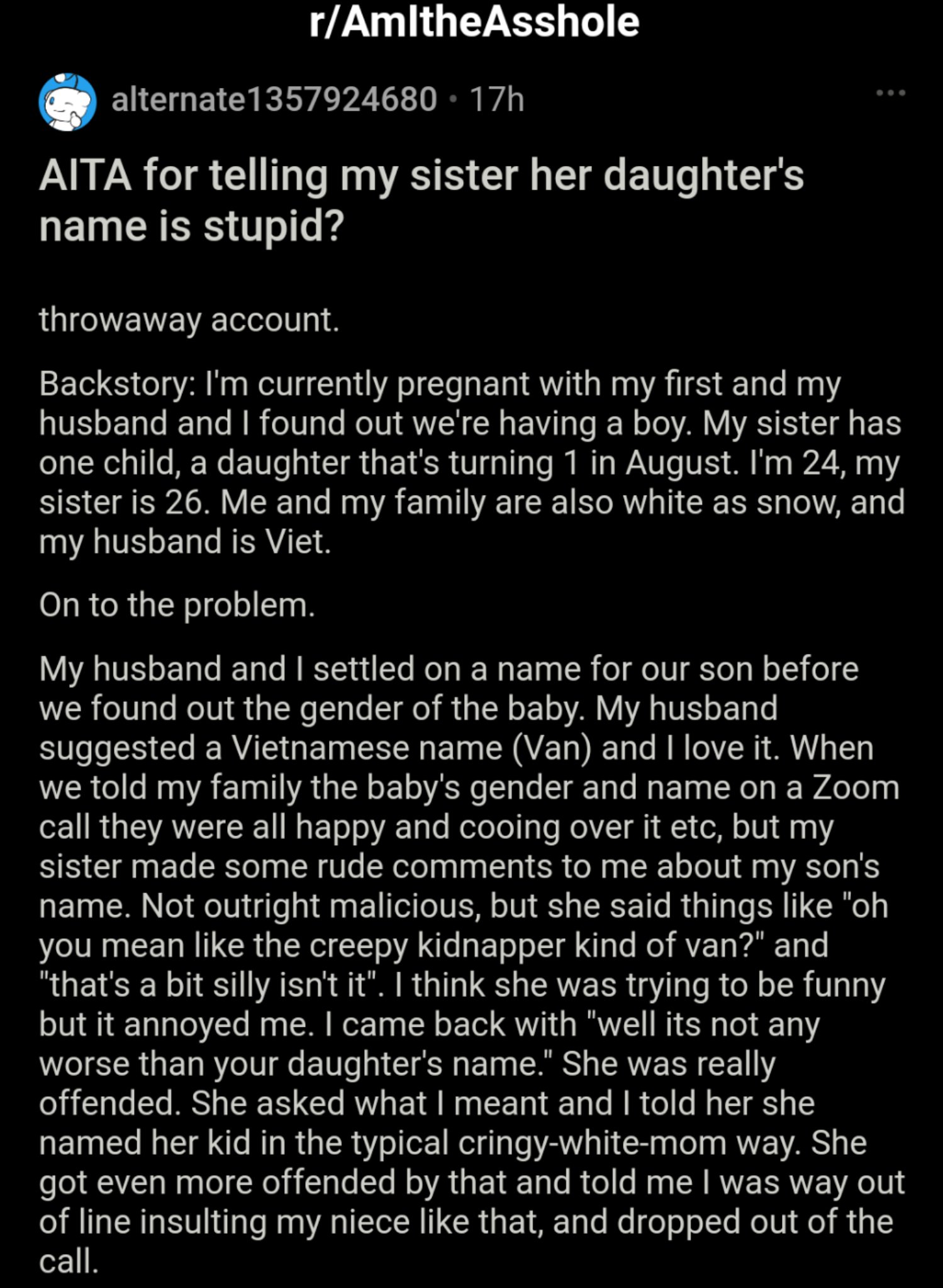 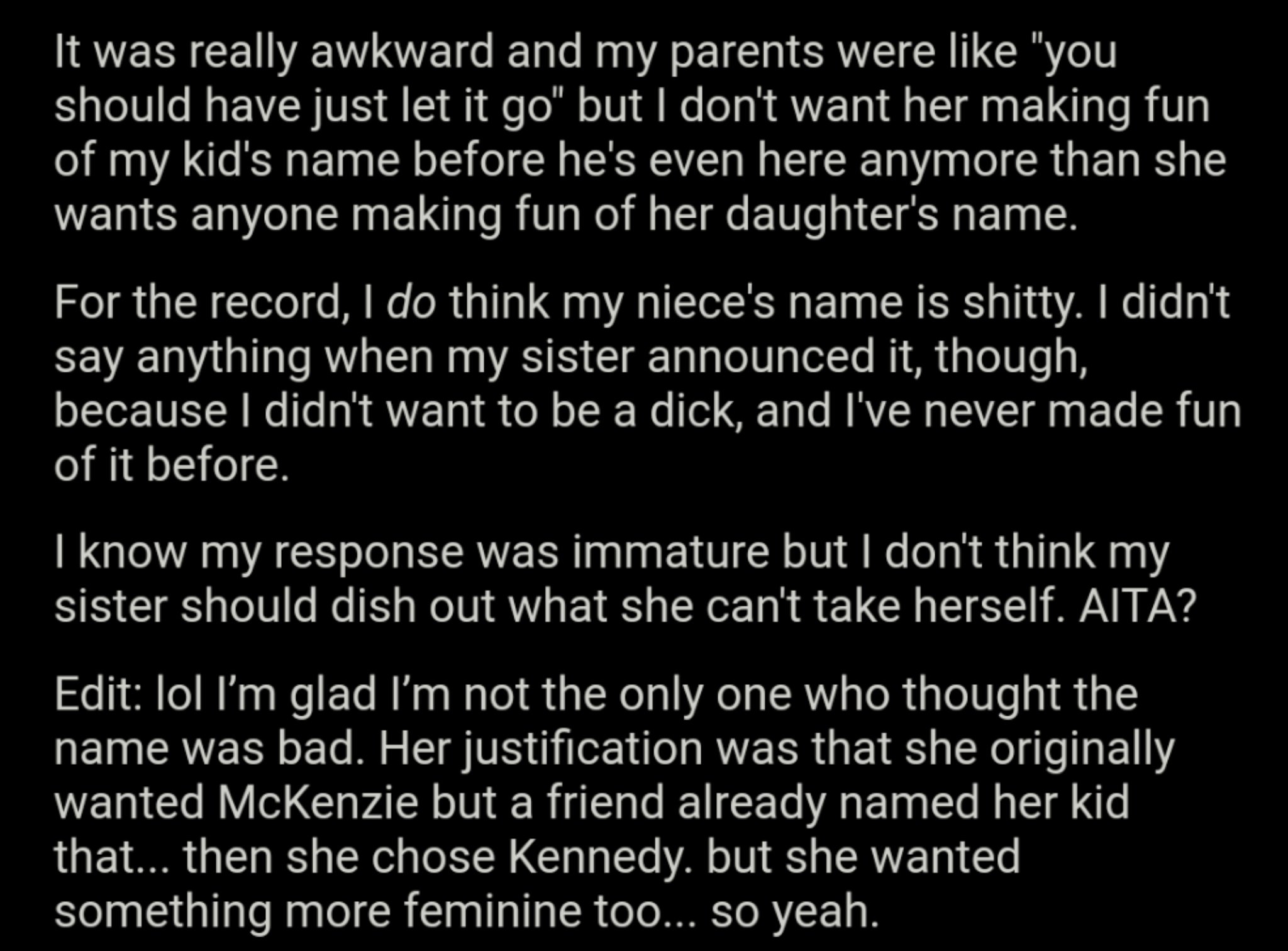 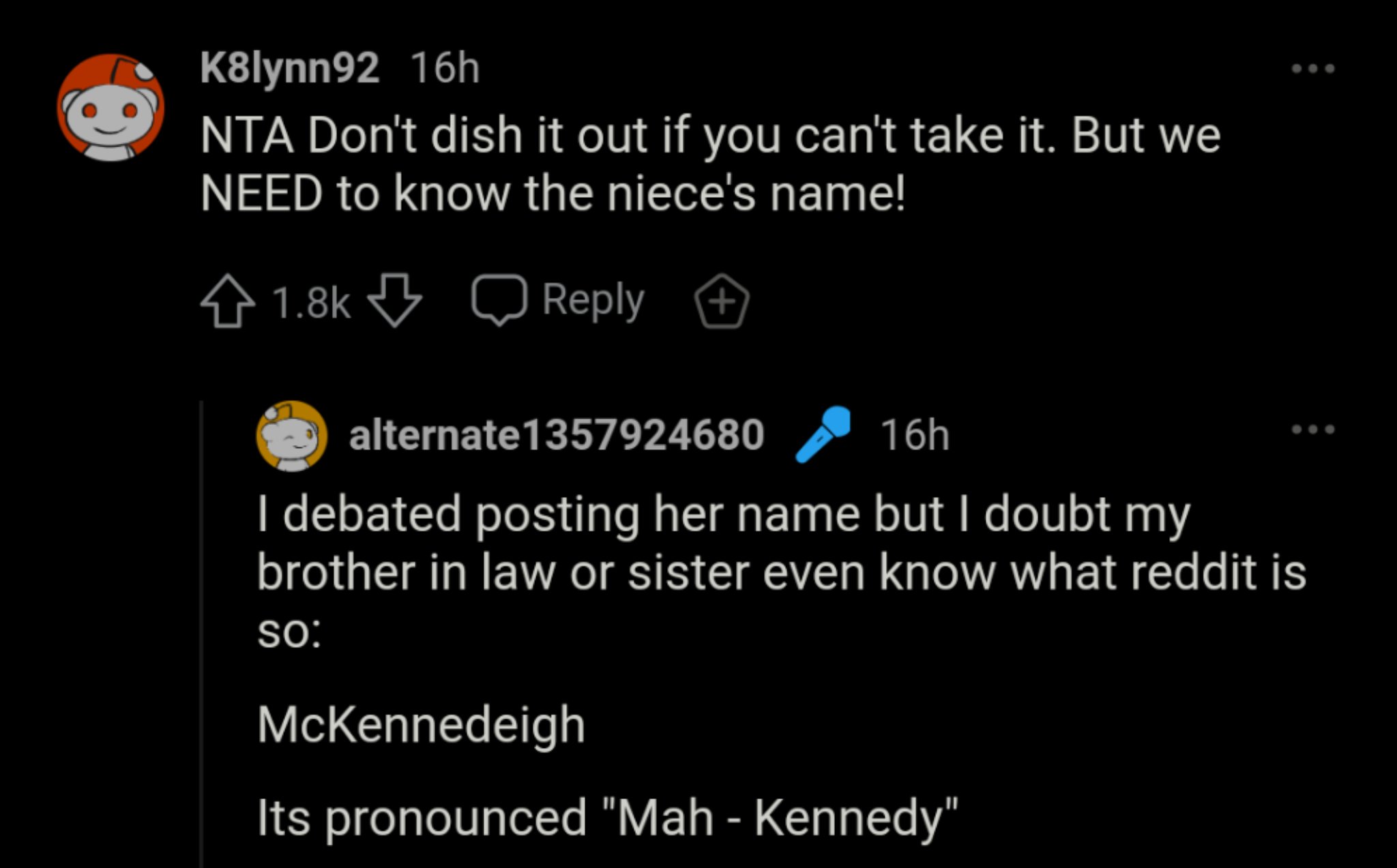 Oh dear. McKennedeigh! Why in the world would you give a poor innocent child that name? I mean that’s just every bully’s dream to have a kid named McKennedeigh show up to class one day. These parents do know their daughter is going to have to things like go to school and get a job in the future, don’t they?

No problem with unique or adventurous names of course, but McKennedeigh is just the baitest, whitest, most American/Millennial name anyone could ever conjure up. This meme just about sums it up:

Her sister really went like this with her whole chest pic.twitter.com/b64dpFX3W6

Can’t say I’m a fan of ‘Van’ either but it’s miles better than McKennedeigh IMO. So is OP an asshole for basically pointing this out to her sister? I have to agree with the consensus on Reddit which was that if you dish it out, you better be able to take it. Either way let’s hope they can put it all behind them and that Van and McKennedeigh get to be friends one day.

For the Reddit user who ruined his relationship by pretending to not know what a potato is, click HERE.