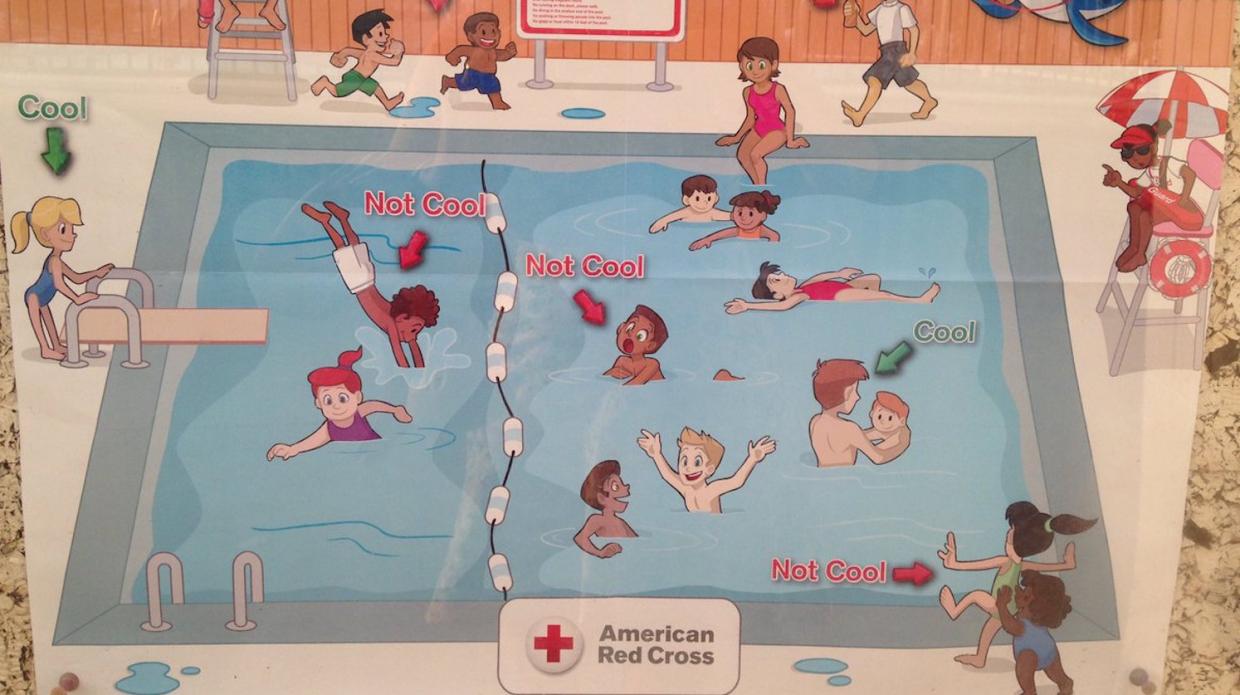 The American Red Cross apologised this week amid backlash over a sign it created on swim safety guidelines for children that was perceived as racist.

The apology comes after the image started doing the rounds on social media, and rubbed a load of people up the wrong way.

The poster, which was on display in at least two locations over in the States, read at the top:

Below that heading is a bunch of children playing in and around a swimming pool. The white kids seem to be on their best behaviour whereas the non-white kids are depicted as misbehaving, or “not cool”, for breaking the safety rules.

The Red Cross has discontinued production of the poster and says:

We deeply apologize for any misunderstanding, as it was absolutely not our intent to offend anyone. As one of the nation’s oldest and largest humanitarian organizations, we are committed to diversity and inclusion in all that we do, every day.

Well, I guess that can at least be construed as offensive, which is more than can be said for that harmless GAP advert everyone freaked out over a few months back. I mean I don’t think the Red Cross created this poster with the intention of being racist but really whoever made it should know better. OBVIOUSLY people are going to be annoyed any time ethnic minorities are the main ones portrayed as misbehaving. That’s just the way it is.

P.S. Wonder if this swimming pool behaviour would fall under “cool” or “not cool”: