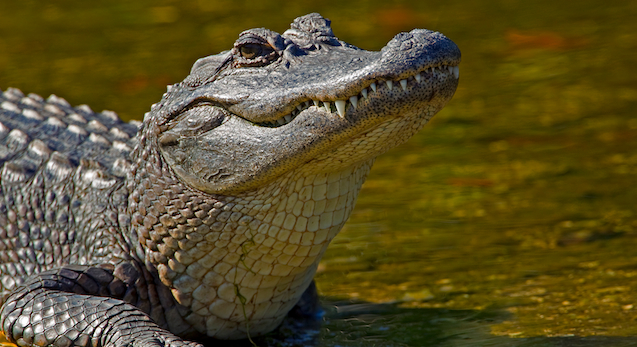 Alligator hunting season has kicked off with a bang in America as two record sized alligators have been bagged and tagged within hours of one another. Check out some of the biggest alligators ever here.

Over in America right now it’s alligator hunting season. I’m not sure why such a thing as alligator hunting season exists because although alligators can probably kill and eat humans, I doubt they’re that much of a threat that people physically need to go into the Bayou and hunt them down and kill them and they will probably be just fine if left well alone. I’ve eaten alligator before and it’s weird but kinda good – it tastes like a strange amalgam of chicken and fish – but again I doubt that it’s such a sought after food that people need to go into their natural habitat to kill them in order for people to eat it.

Apparently there is a strong enough demand for the meat and skin of alligators though that the southern states – where there is a huge alligator population – all deem it necessary and beneficial to have an alligator hunting season every year. Louisiana for example estimates that roughly 34,000 alligators will be harvested this season and that these alligators will be sold for a price of $23.50 per foot.

With alligators ranging from 4 to 12 feet in length hunters can make a pretty penny off bagging a few, so it’s probably good for the economy over there. And the fact that that many alligators even exist in the wild over there is probably of some concern, although like I said before they probably keep to themselves in their local swamp and so if you don’t bother them they aren’t exactly that dangerous. 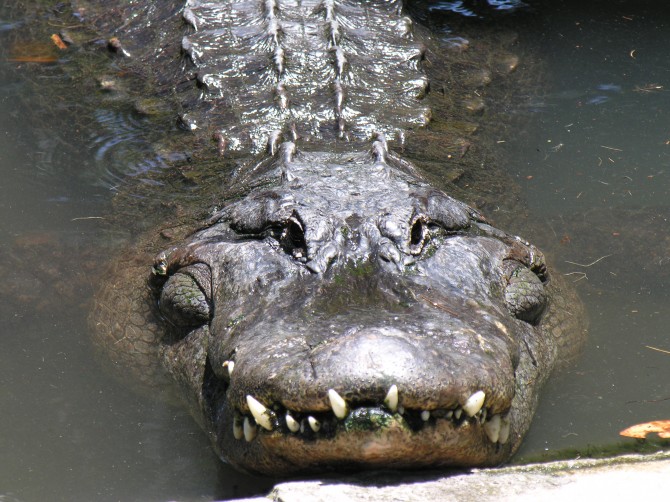 Alligator season is heavily regulated by the state who operate a lottery system to see who gets one of the hallowed permits. Seems like it must be really popular over there then. Once you receive a permit you also have to attend a mandatory alligator hunting training session before you’re out in the wild going after them.

It ain’t like it used to be when you would just grab a paddle boat and head off down the river and probably wrestle an alligator in order to kill it but the state has to make some money off of it too these days. I would at least hope that these courses made it slightly easier on the alligator too, although judging by some of these hunting stories and the fact it all takes place in the south I wouldn’t be surprised if it didn’t at all.