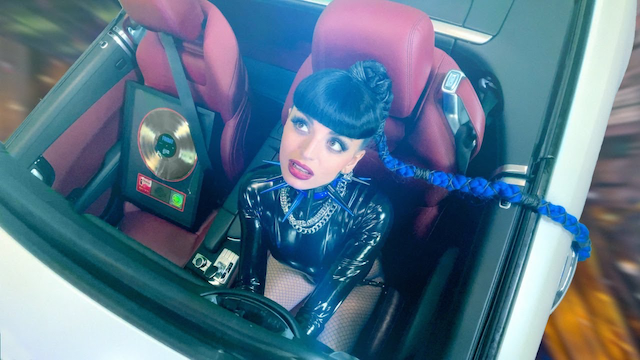 It’s even worse than the original.

Man, it really doesn’t seem like ten years ago that we were all laughing at some 13 year old girl for making one of the worst music videos/songs of all time, but it’s been that long and the now 23 year old Rebecca Black has decided to commemorate the occasion by dropping a remix of her iconic track ‘Friday’ featuring special guests Big Freedia, Dorian Electra, 3OH!3 and Dylan Brady.

If that hasn’t intrigued you then just wait until you see the video below because I guarantee you it’s way, way worse than you could have ever imagined:

Wow. What the fuck was that? If you had told me that it was going to be some sped up Vengaboys with a trap beat version of Friday that goes even harder on the vocoder, then I probably wouldn’t actually have believed you, but that’s exactly what we’re seeing here.

It’s hard to know if Rebecca Black is actually trolling here or whether she’s actually having a mental breakdown because she looks kinda serious in the video in her electro goth outfit – and dare I say it kinda hot as well – but the bits at the end with the car flying in the air and what looks like stock footage cut from an Apple advert kinda makes me think that she is. Not really sure what all the other people involved with the song are thinking – I don’t actually know who any of them are except for 3OH!3 and I suppose it was kinda cool when he showed up in the moon – but I suppose it’s a bit of fun and it’s gonna get people talking.

Just very, very strange that anyone would want to create something like this and actively promote it. You could kinda let her off before because she was 13, but as a full grown adult this is a whole different proposition. Hope she’s doing OK up there in her flying car.

For more of the same, check out the follow up single to ‘Friday’, aptly titled ‘Saturday’. Bet nobody remembers that do they?