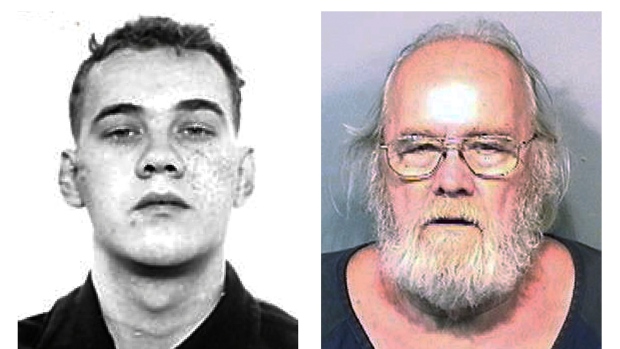 Respect to this guy.

For 56 years, Frank Freshwaters was a free man, having escaped prison and avoided capture for close to six decades while living under the alias of William Harold Cox.

The 79-year-old was finally captured in his mobile home in Florida on Monday and is currently awaiting extradition to Ohio, where he was initially jailed following manslaughter charges in 1957 (he accidentally hit a pedestrian with his vehicle). He initially got probation for that crime, but was sentenced again in 1959 for 20 years.

Funnily enough, while 1994’s Shawshank Redemption was set in Maine, it was actually largely filmed at the Ohio State Reformatory where Frank was imprisoned — so in a way you could say he’s the real life Andy Dufresne from the movie.

Frank didn’t spend 20 years scratching an escape route through the wall however (that never works nowadays), instead he was “quickly able to earn the trust of prison officials” and was transferred to a prison farm/work camp, where he escaped after 7 months, though there’s no word on how exactly.

The way they finally caught Frank is interesting though — they couldn’t be sure it was him because obviously he had a different alias and looked radically different to any photos they had of him as a young man. Marshals in Ohio worked with deputies in Florida to trick him into signing some papers so they could check his fingerprints, which matched the ones he’d given decades earlier.

Still, staying on the run for 56 years and making it to 79 still a free man is something you’ve got to respect. I’m actually surprised they still cared enough to track him down after all that time, considering his crime was an accident and he’d been missing for so long. I guess all the Flakka addicts running around Florida aren’t the main priority.