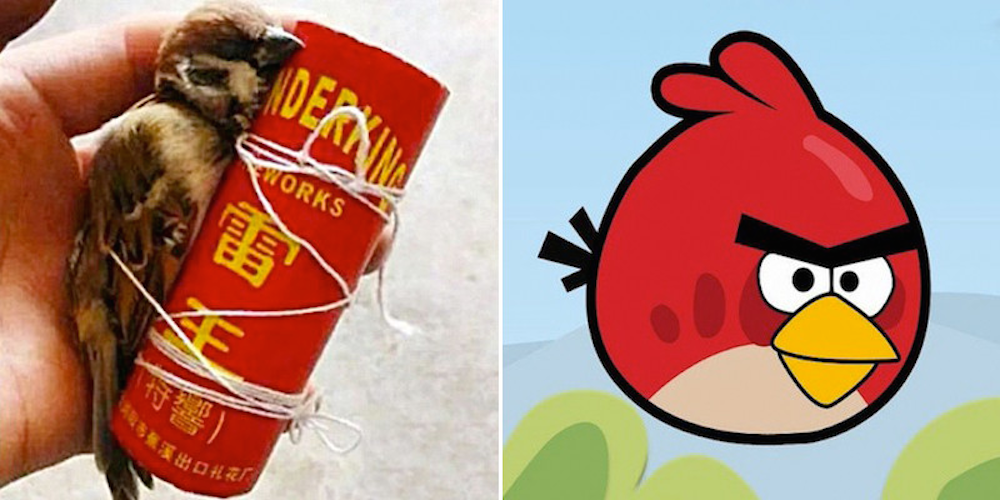 Over in China, it seems like kids like Angry Birds a bit too much and have decided to start playing it in real life. Only it’s not in a cute and innocent way, it’s in an absolutely disgusting and downright despicable way.

A  45-year-old dude called Huang Chu stumbled upon the game when he was walking in a park in China’s Shaanxi province. He saw a bunch of children running away from a firework tied to a live sparrow. Fortunately for this sparrow though, the fuse had gone out so Huang decided to free it, but not before taking a picture of the contraption. 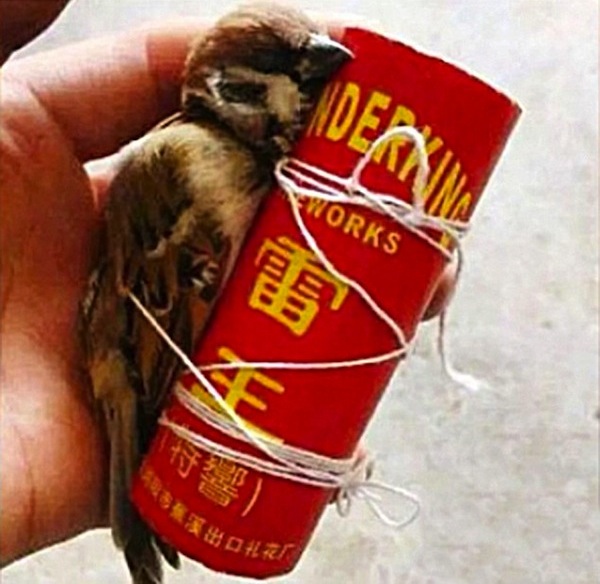 Unfortunately for the rest of the birds in the park though, a bunch of them had already been blown to pieces by the children using similar devices – Huang could see their remains scattered around the park. In even sadder news, many of the birds had been shot out of the sky with catapults by the kids in order to capture them.

Huang explains what was going on:

I spoke to an older boy who told me that the others had been playing Angry Birds, shooting the fireworks across the park and pretending to be playing the video game of the same name.

Absolutely gross and despicable. Do these kids not realise that blowing up living things for pretty much no actual reason – I don’t think that recreating a video game actually counts as it achieves nothing – is completely and utterly wrong and disgusting? Especially when they could just go to the Angry Birds theme park and play it for real there instead.

Huang put these pictures up on the internet in order to try and get China to improve its animal protection laws, and we can only support that move by sharing the story too. Do your part to help out.