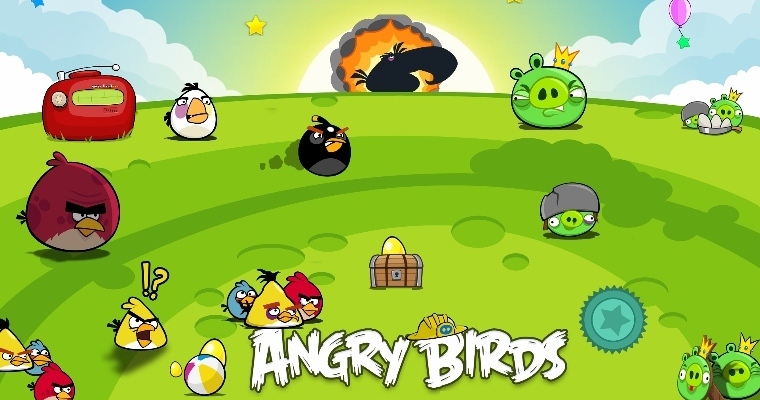 An Angry Birds theme park has recently opened in Finland. You book the flights, I’ll buy the booze. Deal?

If you’re like me and find yourself procrastinating at just about anything you do then you’ve undoubtedly played Angry Birds and wasted days on your phone catapulting those blobs that are supposed to be birds at those stupid green pigs with those irritating as fvck crowns. I mean, even if you’ve never played the game then you’ve got to have heard about it, right? Or watched someone play it? If you haven’t then where’ve you been, man? Curled back up in your mother’s womb or something?

If you have actually missed a few years because you’ve somehow got back into your mother’s womb then you wouldn’t have heard about this, either: THE ANGRY BIRDS THEME PARK! I know how you’re feeling right now: like as if your cock is gonna fall off from all the excitement, right? Like your first taste of heroin.

The park has recently opened in Finland and it has 12 rides, a playground where you can dump any kid you’re with so they’re not constantly fvcking screaming and crying in your ear, games and food kiosks, and the best thing – large-screen monitors which you can use to play the game itself. Sounds pretty awesome. You book the flights, I’ll pay for the booze.

Not content with just one theme park, though, the game’s publisher, Rovio Entertainment, plans to expand the parks to China. ANGRY BIRDS WORLD DOMINATION, AHOY!

Oh yeah, forgot to mention that if you visit the parks you get exclusive content sent to your smartphone, which makes it an even more awesome place to go. Instead of playing the same levels as everyone else when you’re on the train/bus/ski-lift/whatever you’ll be playing some sweet new shit that hardly anyone will have. What’s not to like about that? Nothing.

These lot are enjoying themselves there, anyway. The joy on the one at the front looks as if she’s finally shitting after a month-long constipation. 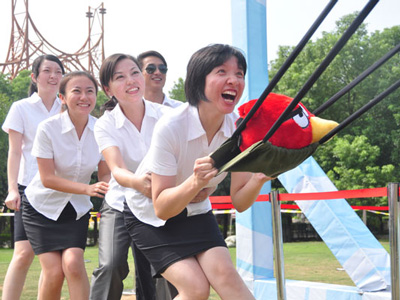 Here’s a video tour of the inside of the theme park. Don’t wet yourself. Or, at least, have a fresh pair of boxers at the ready.