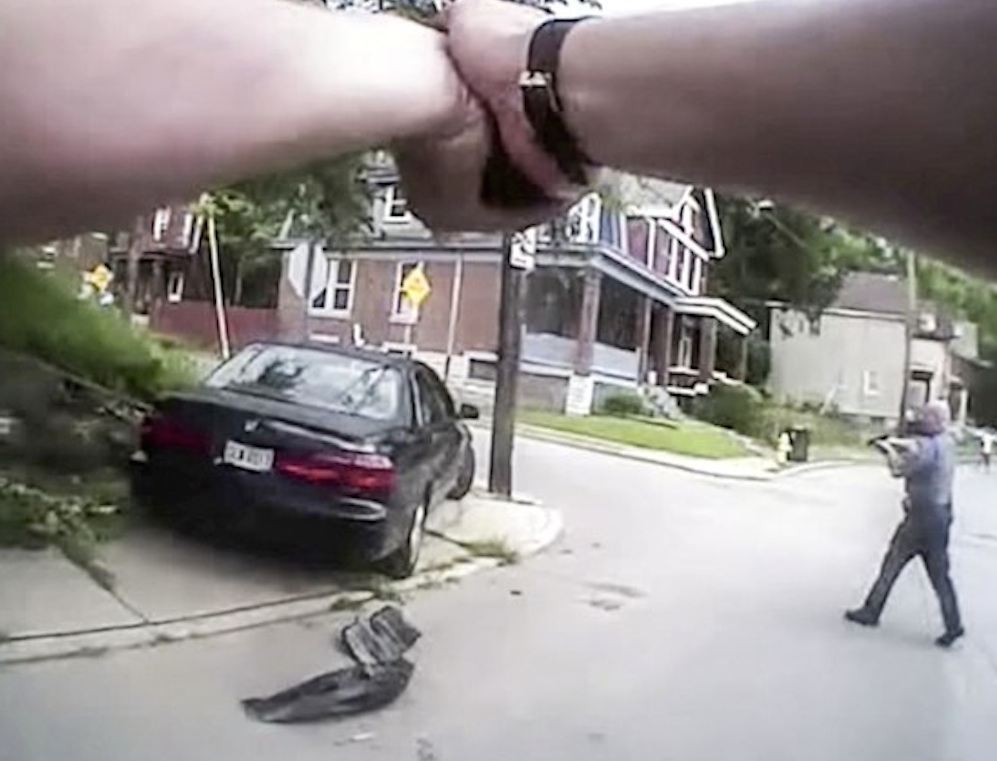 This video is part of the trial of Ray Tensing, who is being charged with the murder of Samuel DuBose.

This video is part of the trial of Ray Tensing, who is being charged with the murder of Samuel DuBose.

The University Of Cincinnati police officer’s body cam footage clearly shows him pulling over Samuel DuBose because he doesn’t have a front tag on his car. Whilst DuBose isn’t exactly co-operative, the situation rapidly escalates out of hand when Tensing tries to open his door and get him to step out of the vehicle. Now I’m not really sure what actually happens (despite watching the video over again a couple of times) because it seems like DuBose grabs Tensing or he tries to drive off and get out of there to escape but it’s really quick so I can’t really be sure. Either way the result is the same and Tensing blows his brains out up close without a moment’s hesitation.

Absolutely grim and completely unnecessary. I suppose Tensing will argue that he felt his life was under threat – which you could perhaps think from the contents of this video – but there’s absolutely no reason for him to react by blowing this dude’s head off. I mean he could have just tasered him or pistol whipped him – not that I’m condoning police brutality but it’s a way better solution than the guy ending up dead. Failing that if he was just trying escape then he could have just phoned his plates in or tracked him down at a later date. No reason to end the guy’s life.

Tensing is currently on trial for his murder and nobody is really sure how it’s going to go. This video footage is pretty damning though and should see him go down. At least I hope it does because American cops should no way be allowed to behave like this or like they did last summer when they shot and killed a man with learning difficulties for stealing two candy bars.