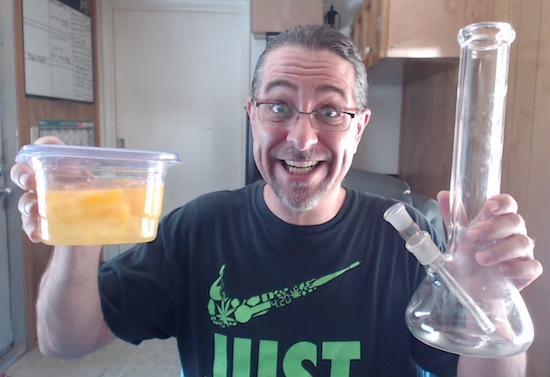 I’ve never really been one for bongs, but if I was going to smoke one then I don’t think there’s any way that I would consider using anything except water, and even if I did, I definitely wouldn’t think raw eggs would be a good option.

Fortunately, not everyone is me and this moron decided to test out the theory and film a video for it. What an absolute hero. Has anyone got any idea how this is going to turn out for him?

Yep, didn’t see that one coming at all did you? Who would have thought that bonging raw eggs would have been absolutely disgusting and almost cause you to throw up. Yeah, not obvious or anything at all. It’s cool that it diffused so well though eh – if you ever want to get super baked, just remember to bong raw eggs. Nobody’s gonna think that’s weird or anything, are they?

For more bong videos, check out this guy ripping a four hit bong and then downing the bong water afterwards. Absolutely savage.