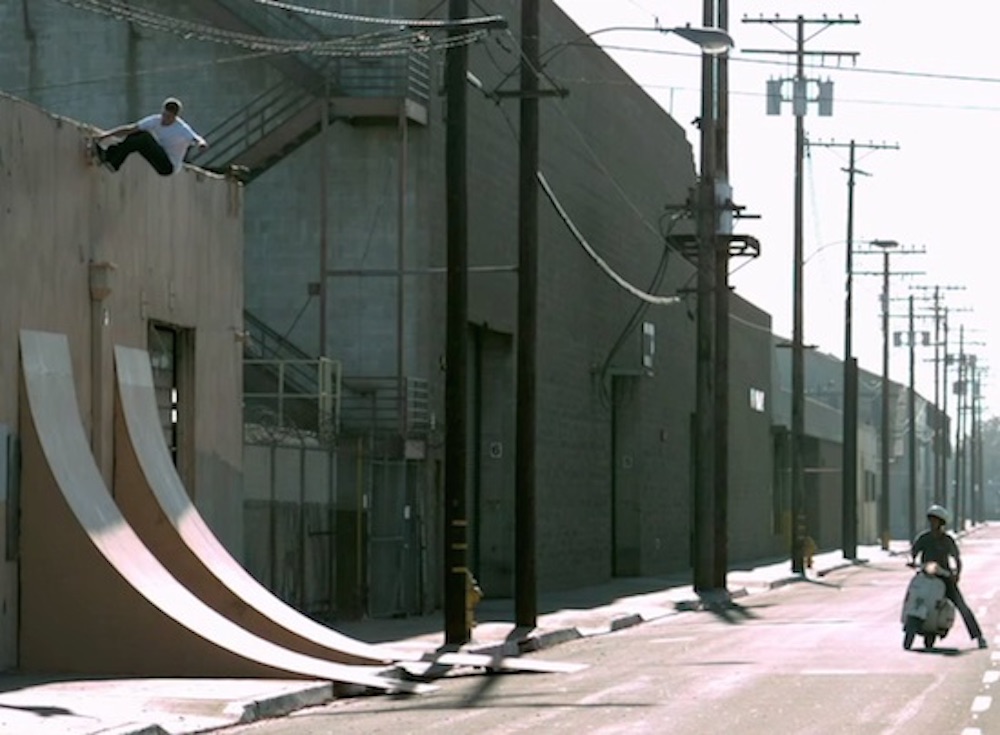 So that’s how skaters build up speed for those massive airs.

It goes without saying that in order to hit some big air on a ramp when you’re skateboarding that you’re going to need to build up a lot of speed beforehand, but I’ve always just assumed that the skaters achieve this by skating really fast up to the ramp.

Turns out that isn’t always the case, as Raven Tershy shows us in this behind-the-scenes look at his new video ‘Pretty Sweet’. In order to film the opening shot where he’s catching some monster air on two massive quarter pipes, he actually built up speed by being dragged along on a vespa in the run up to it. That is some serious high speed for a skateboard.

Ooof. The very definition of speed and tenacity right there eh?