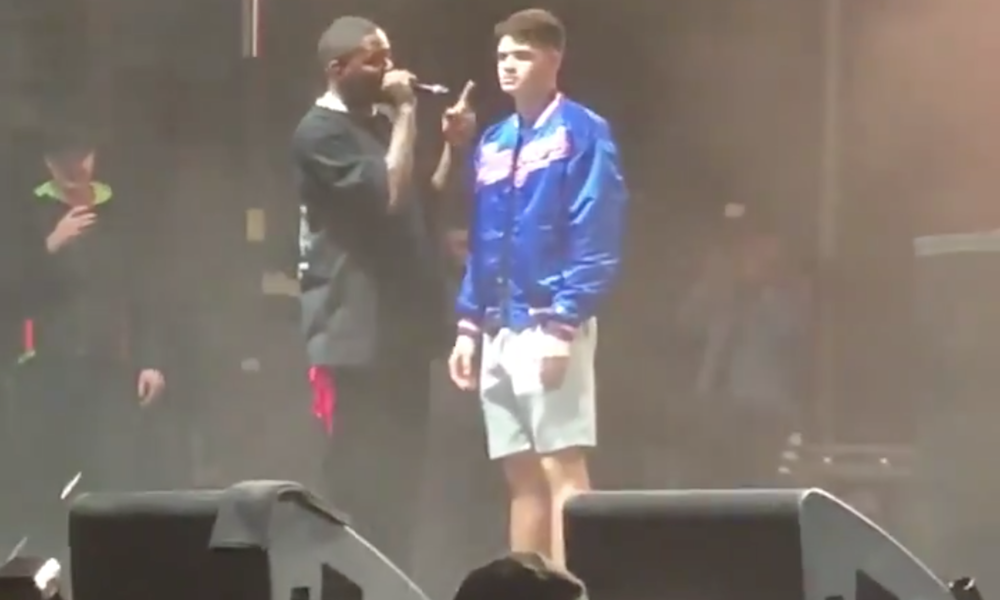 Is YG wrong for this?

Rapper YG – whose most famous song is probably ‘FDT’ (it stands for exactly what you think it does) – invited a fan on stage at his concert at the Mala Luna Music Festival in San Antonio, Texas this weekend specifically to ask him to yell ‘Fuck Donald Trump’ into the mic.

The kid hesitated, then refused, and so YG asked him to leave the event:

YG invites fan on stage to yell out “F**k Donald Trump,” kicks him off after he refuses pic.twitter.com/7z9r9gVXav

The reaction online has been mixed:

Yup. Trump supporter at its finest. Partaking in the culture but totally against it

I don’t like trump myself, but that was pretty messed up. He was humiliated in front of hundreds of people just cause of his political views that’s not right

The kid was the least corniest thing about this

How can u be a Donald trump fan AND a YG fan… Like… How?

YG is a clown, really asked him to say his name in front of all those people and tried to force him to agree with him

I bet the kid says all kinds of n word this and n word that. But he refused to say f Donald trump huh 🤔

No matter what you think of Donald Trump (and many agree he’s a bell-end) it does seem pretty lame that this rapper would embarrass a teenager and boot them out of his concert like that just because he doesn’t share his political views. Fair play to that kid for sticking to his guns under enormous pressure – I mean he’s happy to pay for a ticket to see YG even though YG is the most anti-Trump rapper around, so why can’t YG be equally as tolerant of one of his fans who doesn’t share his opinion on Donald Trump?

For the high school student who tried to knock out a Trump-supporting classmate, only for it not to go quite to plan, click HERE.