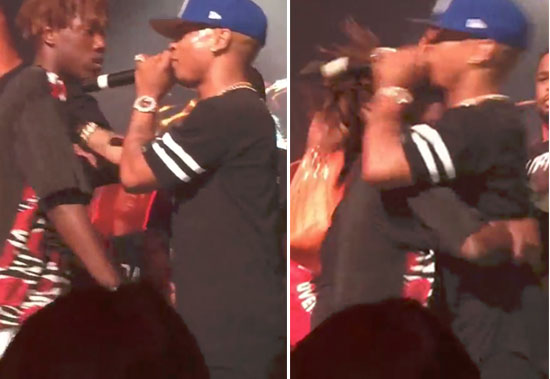 Who even knew that Plies was still making music, let alone had any fans? Well to be fair ‘fans’ might not be the right term because if someone actually liked you they probably wouldn’t jump on stage and suplex you into the crowd in the middle of your own concert:

I guess that’s what can happen when you had one hit song 10 years ago and still insist on rapping. You’ve got to downgrade your security team a little bit. As you might imagine they still gave the guy a good hiding after they managed to drag him off Plies… here’s how the guy explained it afterwards:

Pretty much the opposite of an Action Bronson concert then – where the rapper body slams you.