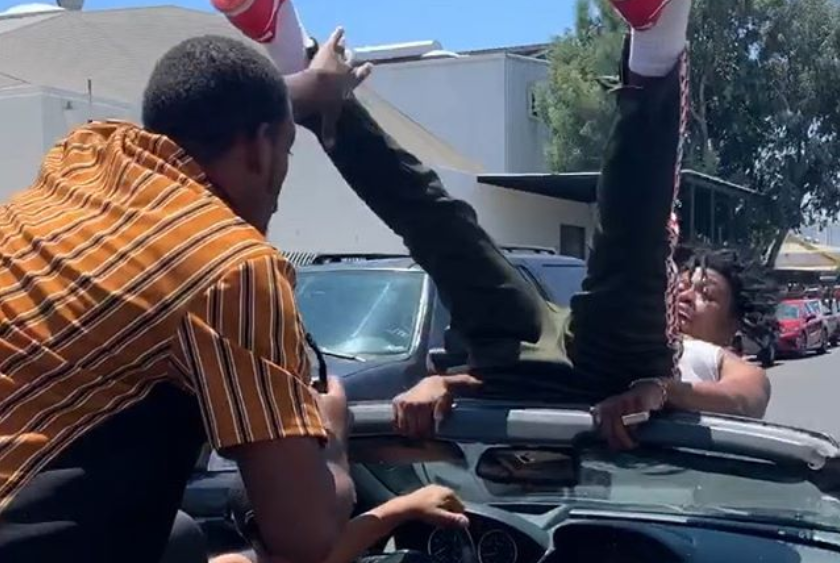 In a clip Worldstarthiphop titled ‘when flexing goes wrong’, local rapper K3ForTheRecord was feeling himself a bit too much riding on top of his mate’s BMW and spazzing out to his new song while his other mate filmed from the back seat.

Unfortunately for K3, he ended up falling back onto the windshield and not looking very gangsta at all:

Whoops – let’s hope the gang bih-ness has good insurance because it won’t look very gangsta if K3 has to go into his overdraft to pay off the couple grand it’s going to take to fix his mate’s windshield (giving them the benefit of the doubt here – it’s probably rented).

But hey, fair play to the guy for sharing the footage on his own Instagram page for a laugh. Any publicity is good publicity for an up-and-coming rapper, even if it involves you falling through a windshield butt-first while you’re trying to look like a badass. 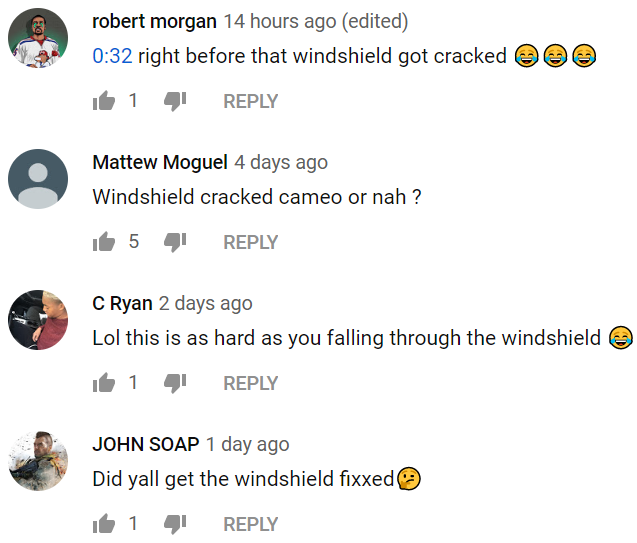 To watch a struggling rapper pick a fight with 50 Cent while he was out on a date and get put in his place, click HERE.