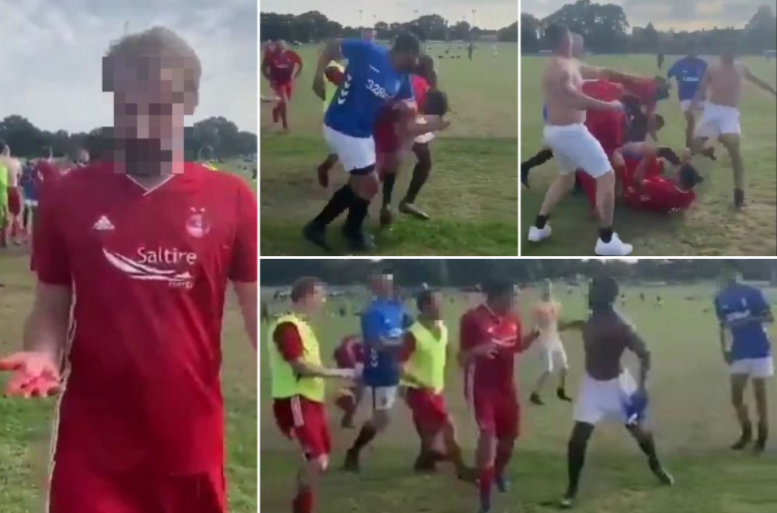 Who thought this would be a good idea?

The bad blood between Rangers and Aberdeen goes way back to the 1980s, so I’m not sure who thought it would be a good idea to get their supporters on opposite sides of each other during a Sunday League game on the weekend.

It did produce a hell of a scrap though:

Welp, not sure what sparked the whole thing off but pretty sure that’s gonna happen anytime you get two fanbases that hate each other’s guts and ask them to play football against each other. Rough time for that one Aberdeen fan in particular who got punched/kicked by pretty much everybody, but at least he can’t be accused of diving/flopping the way actual footballers always do eh?

The most terrifying participant in this video though? This lunatic: 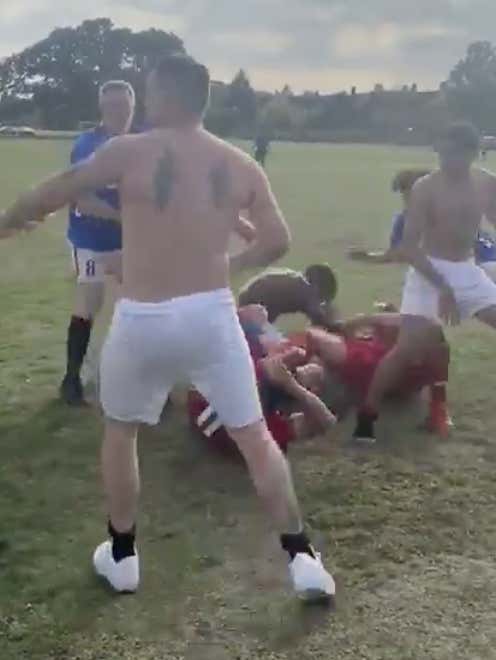 You just know when a football hooligan with angel wing tattoos rocks up with no shirt on – you’re in trouble. I was actually relieved he didn’t give one last lick to that Aberdeen fan who bumped into him as he was escaping to safety.

It is pretty surprising though that someone suggested they call the police? This just seems like something that probably happens all the time with supporters clubs in Scotland. It’s part of the fun! I’m not even sure what the police would have done if they turned up anyway. Probably just asked everyone to go home?

Bonus – the Neil Simpson horror challenge on Ian Durrant that took the Rangers/Aberdeen rivalry to a new level in 1988. Durrant tore the cruciate ligaments in his knee and was out of action for nearly 3 years:

In 1993 he sued Simpson for damages, and they settled out of court for an undisclosed sum.

For the Peruvian footballer considering quitting the sport after he was attacked by the same group of hooligans twice in one year, click HERE. Unlucky.