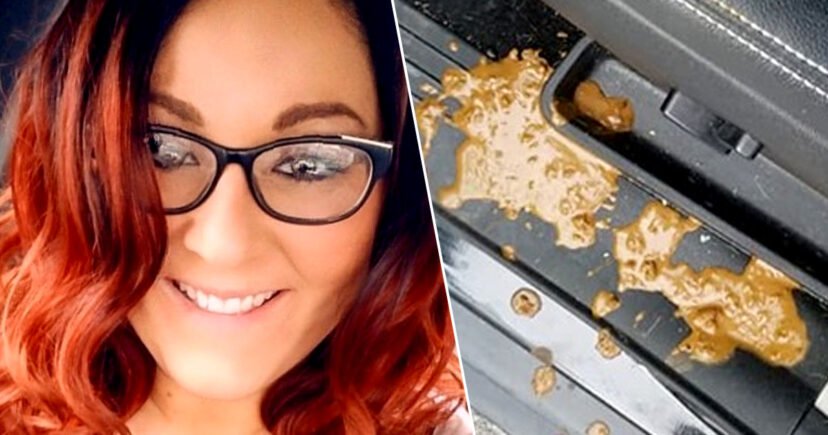 If you’re a woman then you’re probably terrified of the fact that a guy could literally grab you and do whatever he wants to you at any minute, but I doubt any of you would suspect that a guy would want to break into your car just to shit all over it. Not sure if that’s better or worse?

Regardless of how you or I feel about that, one woman named Jeana Fidler from over in Canton, Illinois actually had to deal with this bullshit when she returned from the grocery store with her son. She surmises that she must have left the car door open and this guy decided to get in and then promptly espouse explosive diarrhea all over the seats from deep within his basketball shorts. Wonderful.

That’s so rank. I don’t know what else is going on in Jeana’s life – it sounds like she’s having a bit of a rough time – but man there is nothing like some random dude breaking into your car and shitting all over it to really put the icing on the cake is there? How about that?

Hope she managed to clean it up and sort it out because that is goddamn disgusting. Hope she manages to get her life back on track too because that really is way too much for one person to go through right there. You got this Jeana.

For more of the same, check out this guy taking a shit on the side of the London tube. Disgusting.