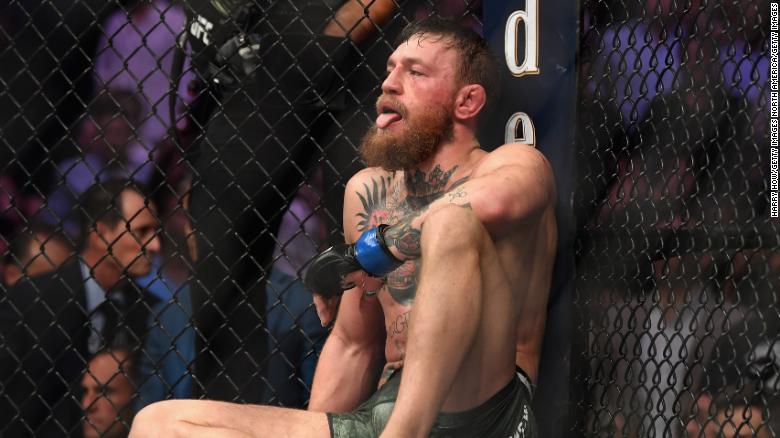 He needed all the help he could get.

You wouldn’t think that a two minute long ruckus at the end of a fight could have generated so many crazy stories and subplots that we’re still finding out about over a week later, but here we are doing exactly that.

The latest revelation comes courtesy of Daniel Cormier after he was appearing on Ariel Helwani’s MMA Show, where he revealed that some random dude nobody had ever met before jumped into the ring after the fight to protect Conor McGregor against Khabib’s crew. This was confirmed by the man himself – some dude called David Martin who clearly fancies himself a bit by including Mr in his Twitter handle – retweeting a video of him in the octagon upon reading it.

Check it all out below:

There’s a guy behind me. He’s wearing this nice jacket. … So he’s standing behind me, and he goes, ‘Who do you got in the fight?’ This guy’s completely not into the game, right?  So I go, ‘Yeah, I’m gonna go Khabib.’

I (later) asked my wife, ‘Salina, what happened with that guy? Was he with McGregor?’ She goes, ‘Daniel, after he went and checked to make sure Conor was OK, he just got back in his seat.’

How did this dude end up in the octagon, and then he checked to make sure Conor was OK, and then he went back and sat down.

I mean that is stupid but fair play to this dude for getting in the ring and just being a massive idiot basically. Would love to hear his story about the night, but I’m sure it won’t be long until someone buys it off him. Need some more Conor/Khabib headlines because there aren’t enough already, you know?

Talking of all those headlines, click here. This is the story that keeps on giving.