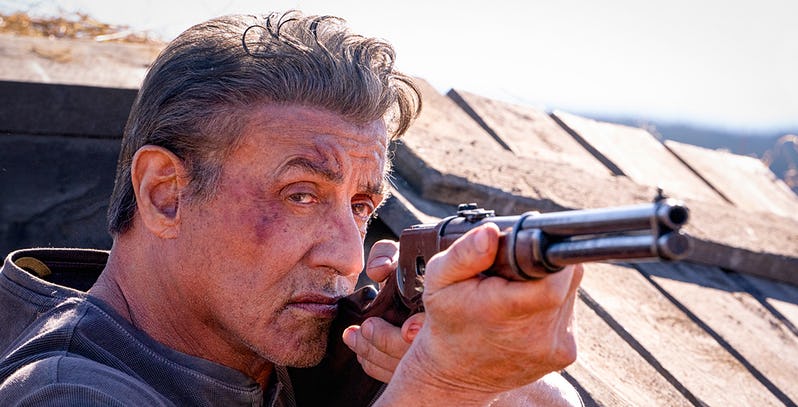 The war is never over.

Much like John McClane or The Terminator, Rambo is one of the most iconic characters and franchises in movie history and just when you think that he’s finally finished dealing with all this shit, he comes back for another round of killing anything that moves.

This time threatens to be Rambo’s last outing due to the title being ‘Last Blood’, but who really believes that? Anyway in this one, Rambo has retired from his life as a soldier and looks like he’s minding his own business on his ranch in the middle of nowhere, but of course the war is never over and before long and entire army is coming to kill him and it’s up to Rambo to take them out or die trying.

Yeah I mean, that looks pretty much just like Home Alone X Rambo with an 18 (probably 15 these days) certificate, but what’s the harm in that? Rambo will always be cool and so will movies about him killing a bunch of people in a variety of creative ways. Particularly enjoyed that guy opening the door and the arrow going through his head. You can’t beat stuff like that.

Rambo: Last Blood is out on September 20th – mark your diaries. Until then, check out this story about the real life Rambo.