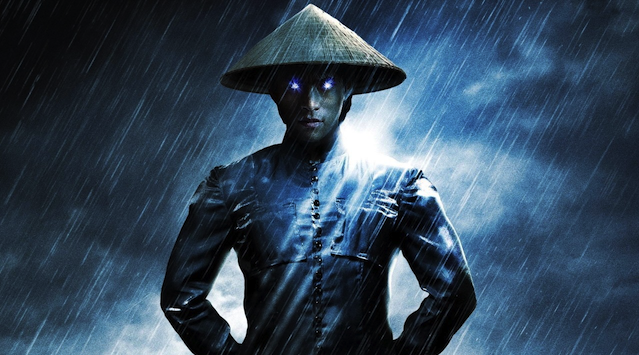 Well you can’t really have Mortal Kombat without Raiden can you?

We’ve been super stoked about Mortal Kombat X ever since it got announced, and with every tidbit of information we get about it we get even more excited.

Today it’s been revealed that Raiden will be a playable character on the roster (as if there was actually ever any doubt over that one) and this short promo video has been released which highlights the three styles of fighting that he’ll be utilising in the game, basically involving him teleporting a bunch and using his lightning skills as you might very well expect.

Surprisingly Raiden also gets his ass kicked a bunch in this video, but he has the last laugh with a literally eye popping fatality at the end. The lightning trap in particular looks like a pretty dope move, although I could see myself getting seriously pissed off fighting a guy that used them all the time. Such a pussy move.