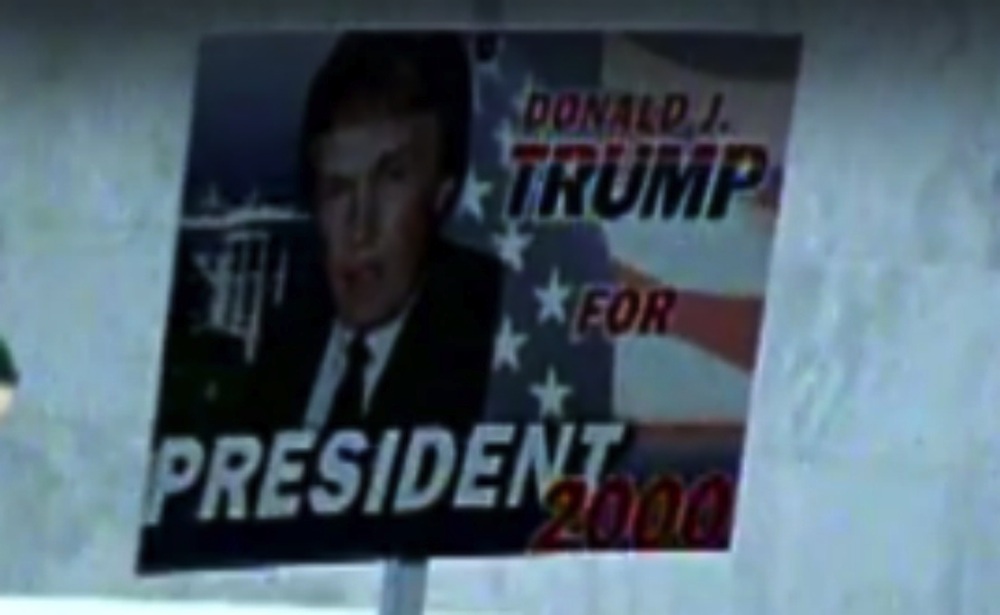 Always listen to Rage Against The Machine.

If you’re as old as me then you”ll remember watching Rage Against The Machine’s video for Sleep Now In The Fire either on Superock on MTV or the Friday Rock Show with Tommy Vance on VH1.

If you’re not as old as me then you’ve probably seen it on MTV2 or something, and if you haven’t ever seen it then what the hell are you playing at? It’s one of the coolest videos of all time. They literally SHUT DOWN the New York Stock Exchange by playing in front of it, which had never been done before.

Check it out below if you haven’t seen it, or maybe just watch it again because it’s so good:

Anyway, you probably didn’t notice this the first time you saw it, but there’s a scene in the video where someone is clearly holding a sign saying Donald Trump for President, a whole 16 years before he ever announced that he would be running for the honour this year.

Of course, Trump has been involved in the political arena for countless years – he was in some primaries for the Reform Party in 2000, which is probably what this sign refers to – but still, why didn’t we listen to Rage Against The Machine all those years ago and try and stop this from happening before it came to fruition?

Basically the lesson is that Rage Against The Machine is always right and we should always listen to them. If you need any more convincing that voting for Trump is a bad idea then check out the video below: