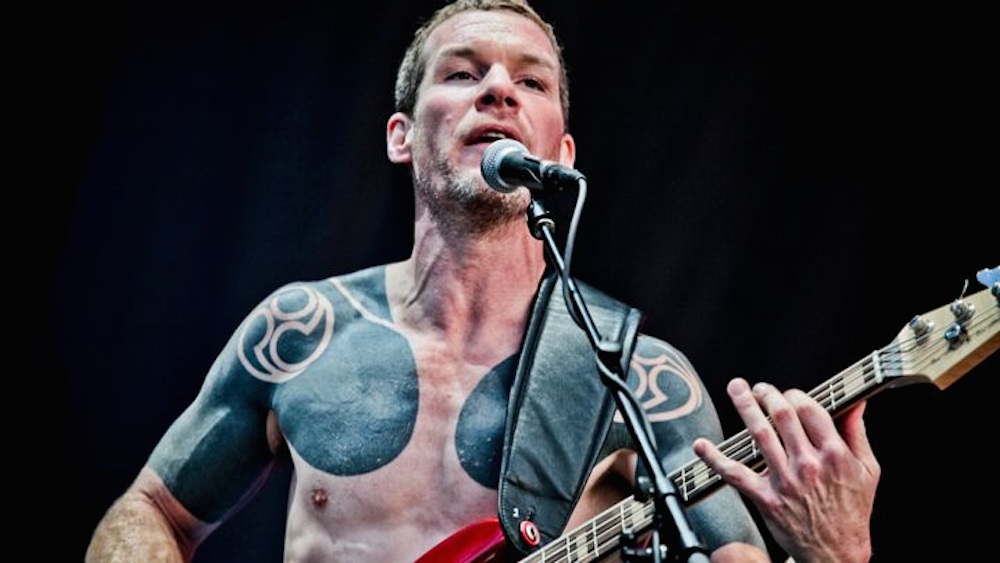 Turns out apologising for the existence of Limp Bizkit wasn’t the only thing he needed to get off his chest.

Last week we talked about an interview that Rage Against The Machine bassist Timmy C/Timmy Commerford had conducted with Rolling Stone, in which he apologised for the existence of Limp Bizkit, and now some more cuts from that interview have emerged where he talks about how he doesn’t believe in ISIS or the moon landings.

More specifically, how he confronted Buzz Aldrin about it at the premier of a John Cusack movie. Really. Check out the relevant sections of the interview below:

I don’t believe ISIS is real. ISIS has been an inspiration for a lot of the songs that I wrote with Wakrat. I don’t believe that all the different factions in the Middle East have gotten together and said, “OK, we all hate each other and we all hate America, so let’s all put on the ISIS uniform and join forces and just become ISIS.” That’s a bunch of shit. I don’t believe the Jihadi John beheading video. Go look at those videos and study them, and see if you don’t think they’re fake.

They’re not real. They’re high-def. They have a soundtrack. The parts of those videos that you couldn’t fake are edited out. At first, I thought it was edited out by our government so our kids wouldn’t be seeing it on the Internet, but no. That’s the way those videos came. The knife starts to cut the neck, and then it fades out. There’s too much stuff that doesn’t look real. They’ve edited out the parts that would be too hard to fake. We created Jihadi John and ISIS so we can go drop bombs.

What happened to the people who ISIS claimed to have killed in the videos?

They were already dead. 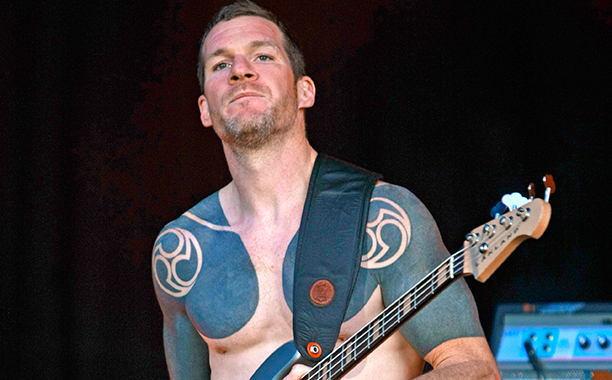 There seems to be a lot of proof of their actual existence. Do you think the U.S. government made it up?

Oh, I think it goes so much deeper than just the U.S. government. It’s the same people that put presidents in office all over the world. It’s a global conspiracy of people whose names we’ll never know, but they’re the ones who really run the show because they’re the ones with the deepest pockets.

How much of this ideology plays into your lyrics?

It does a lot. I’m a conspiracy theorist. I can’t help but look at the lunar landing and go, “We didn’t go to the moon.” We never went there. My dad worked for NASA on the Apollo missions, and I’ve always felt it’s been fake since I was a kid. The one thing I always questioned: We put the flag on the moon. Why did we put a metal rod on the top of it? Why wouldn’t we just plant it into the moon’s surface and have the astronaut pull it out and let it go and we can watch it do its dance on the moon? It would’ve been an image we couldn’t have faked and one that we would have never forgotten.

Have you ever been able to tell any astronaut your theory?

I got into it with Buzz Aldrin five years ago at a John Cusack movie premiere. There were a bunch of people gathered around, and I said, “I have a question: You have all these missions to the moon. How come there’s no pictures of the flags on the moon?” He said, “Well, those are highly degraded by radiation by now.” I said, “You left a lot of stuff on the moon. It seems that somebody with a telescope or satellite would snap a picture of that so we could see it. It’d be on the cover of every newspaper.”

You could tell he was getting frustrated, and I asked him why he put a metal rod on top of the flag instead of just letting the flag out and do its thing. He gets all frustrated and says, “I’m just trying to remember what they told me to say.” That’s what he said! Those were his exact words! Then he and his wife – all plastic surgery-ed up and fake as they can be – bolted out, and I watched them walking down the street and he was just yelling at her. It made him so mad. There are so many different facets of the lunar landing that are just bullshit. It was such a powerful propaganda tool at the time.

Right. I mean to be honest if I was just trying to enjoy the new John Cusack movie and some guy started shouting at me about how my greatest achievement wasn’t real then I would probably be a little annoyed about it too. And there’s really no need for Timmy to be dissing what his wife looks like either.

To be honest he comes across like kind of an asshole in this interview, despite all his achievements and it’s because of this even though he raises some interesting points this interview probably won’t be taken that seriously. Maybe he should just calm down with all this shit now, I mean he is almost 50 now – it’s not like Rage Against The Machine are causing riots in small American hick towns anymore, is it?