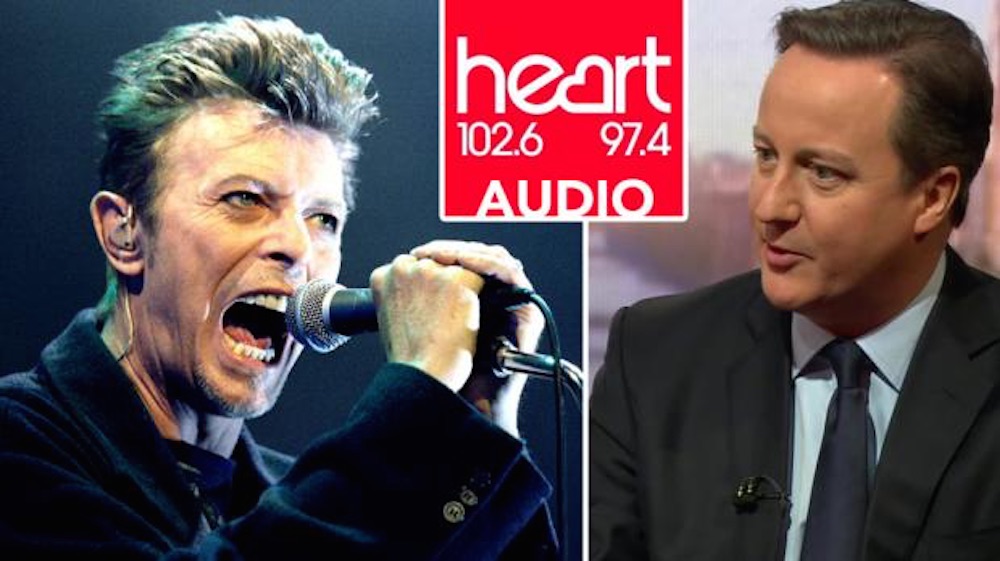 I’m sure that many of you were upset when you woke up this morning and discovered that David Bowie had passed away after an 18 month battle with cancer. However you look at it, you can’t deny that he has a whole host of hits and has had an absolutely incredible impact on popular culture for the last four decades, so his loss has obviously been deeply felt by a lot of people today.

However, it could have been so much better if the announcement from newsreader Fiona Winchester on Heart FM this morning had actually been true. As she was gearing up to tell us about Bowie’s untimely passing, she somehow stumbled all over her words and said that it was actually David Cameron who had died. Just imagine how good that would have been.

Unfortunately she quickly realised her mistake and corrected herself, before continuing to read the news as fast as possible in the hopes that nobody noticed. Sorry Fiona – we got ya.

Oh well, at least we were happy for the briefest of seconds before despair kicked in on this terrible Monday. If ONLY it had been true huh?

Try and cheer yourself up by listening to this BBC radio presenter who got chucked off the air for being completely wasted.