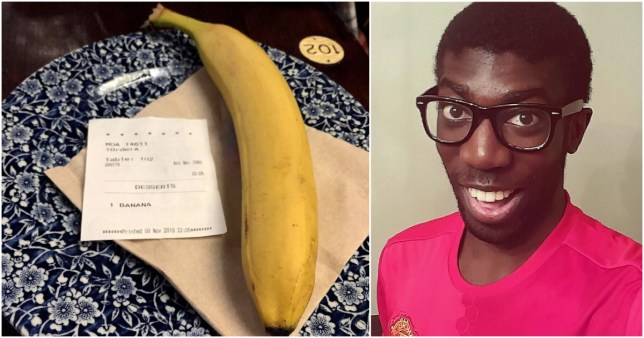 It seems like racism in this country is only getting worse over the past few years as you’re always hearing about racially charged incidents all the time, and although this one isn’t violent it has to be one of the saddest and lamest attempts at ‘banter’ of all time.

24 year old Mark D’Arcy Smith was out drinking at the Richmal Crompton in Bromford, Kent when out of nowhere a 30p banana appeared at his table. It wasn’t ordered by him and the order read anonymous, so it seemed pretty clear that someone was trying to racially abuse him, merely because he was a black man out drinking with his mate trying to have a good time.

Mark’s friend tried to complain to the Wetherspoons staff, but they didn’t take it seriously as a racist incident, instead trying to fob it off as a case of bringing him the wrong order. Mark left the pub and went elsewhere and later reported it to the police, so hopefully they will be able to look into it and try and find out just who is behind it.

Here’s Mark explaining how he felt during the incident: 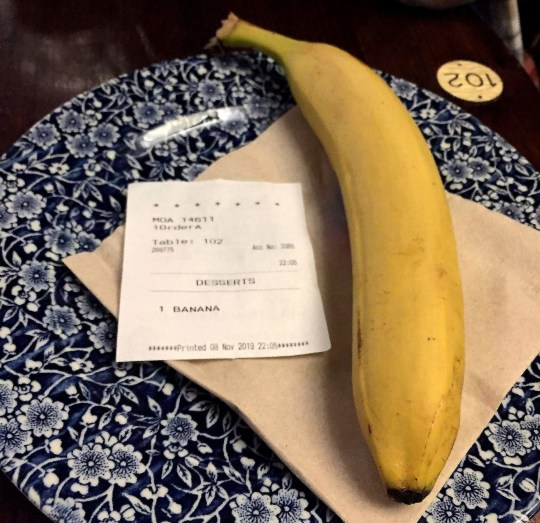 We both looked at each other then looked at the banana. It clicked that it wasn’t ours. It was clearly sent by someone who was trying to be racist.

My friend went to talk to a staff member but they didn’t see what the issue was. He said: “do you know what’s wrong here?”.

They thought they had brought an incorrect order. We had to explain what was wrong with that.

I was sat on my own at this point. I looked around to see if I could spot anyone. I got anxious. I think someone sent it because it was anonymous.

Two girls came over and asked if I was okay, if I was going to stay.

It made me feel confused, angry, lost and lonely. It was really overwhelming. All these emotions came in a matter of seconds.

I don’t feel like many people understand what it feels like to be racially abused. The staff didn’t take it seriously.

I had hoped they [Wetherspoon] would take the situation seriously. They just treated it like other incidents – like a bar fight.

Yeah they probably need to send someone on some sensitivity/educational training because that really isn’t OK. I mean I’m a white man so I can’t relaly relate, but it sounds like it would be a completely awful feeling to have your Saturday night ruined by some prick sending you over a banana for no reason other than the colour of your skin and then having nobody you were trying to complain even believe you or take you seriously. Hopefully the cops do something about it like I said and the whole thing doesn’t affect Mark too much.

Fucking bullshit that I still have to write about stuff like this happening – just don’t do it yeah?

For a better use of bananas, check out these bananas covered in bacon. Yum.