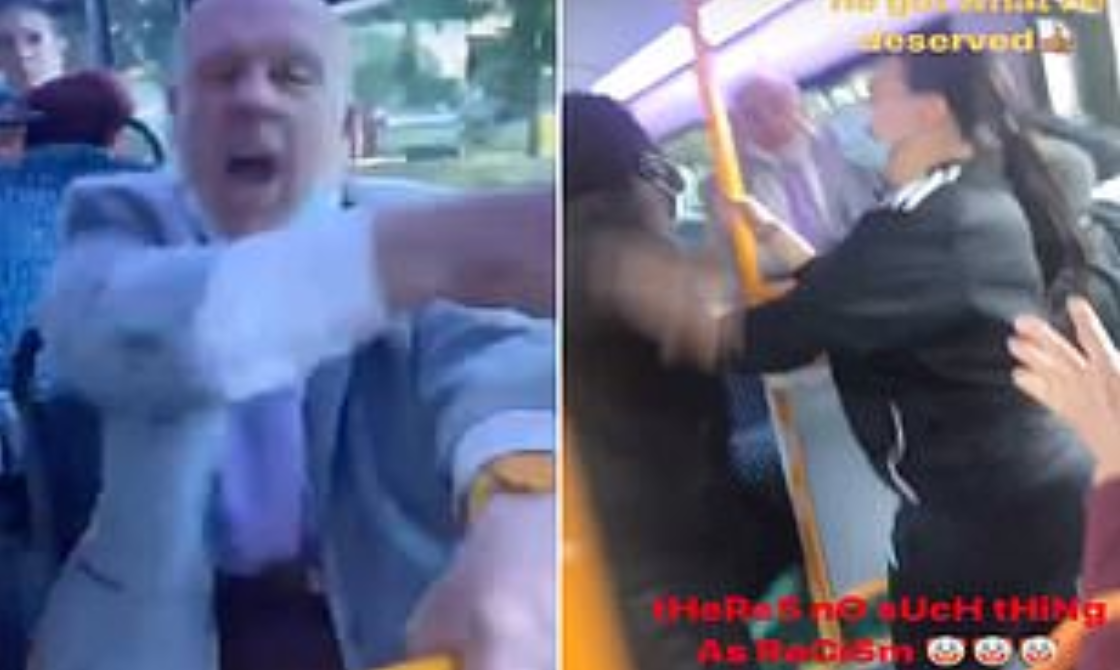 It’s hard to feel too sorry for any racist being punched in the face, but what about when it’s an OAP with (possible) mental health issues?

This old man on a bus in Edgware, London, made the grave error of calling a couple of blacks lads ‘monkeys’ and after a bit of back and forth, ending up on the receiving end of a few punches:

This happened in edgeware yesterday..

A old man get punch in the face for calling a black man a monkey..

The girl who filmed the incident told MailOnline:

We had just gotten on the bus, we decided to stand because the back had a couple people. My cousin was leaning on the hand bars and the man randomly pushed his elbow off. So he did the normal thing and turned around confused and asked, ”Why did you push my arm off?”

The man then replied by shouting don’t talk to me you monkey which is when my friend turned around and said what did you say.

We were all so shocked and then the man proceeded by shouting ”Stop talking to me you monkeys, f*** off” repeatedly.

The bus driver called the police on the white man but they clearly didn’t get there in time. The man then began calling us n***** and saying we shouldn’t be on the bus. He then kept coming forward as if he was going to push us.

But then as you can see in the video, he ended up actually swinging for my friends which is why they hit him. It was simply self defence.

Well I guess we’re going to have to take her word for it because the film starts rolling mid-argument. Either way though, that is one seriously silly old man who did bring the whole situation on himself, and ended up with a pretty solid shiner + lump on head for this troubles: 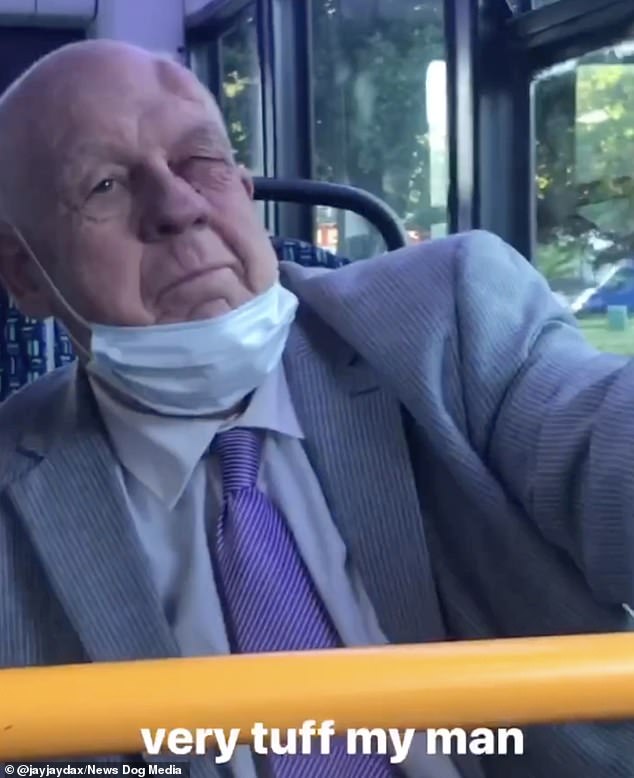 So while the beatdown was basically expected, was it warranted? Two wrongs don’t make a right at the end of the day, but I wouldn’t really have an issue with it if it was some dumb white chav rather than an old man who probably doesn’t even know what year it is. Still – geezer can take a punch, will give him that.

To watch a white BLM protester say the N-word then explain why its OK for him to say it, click HERE.