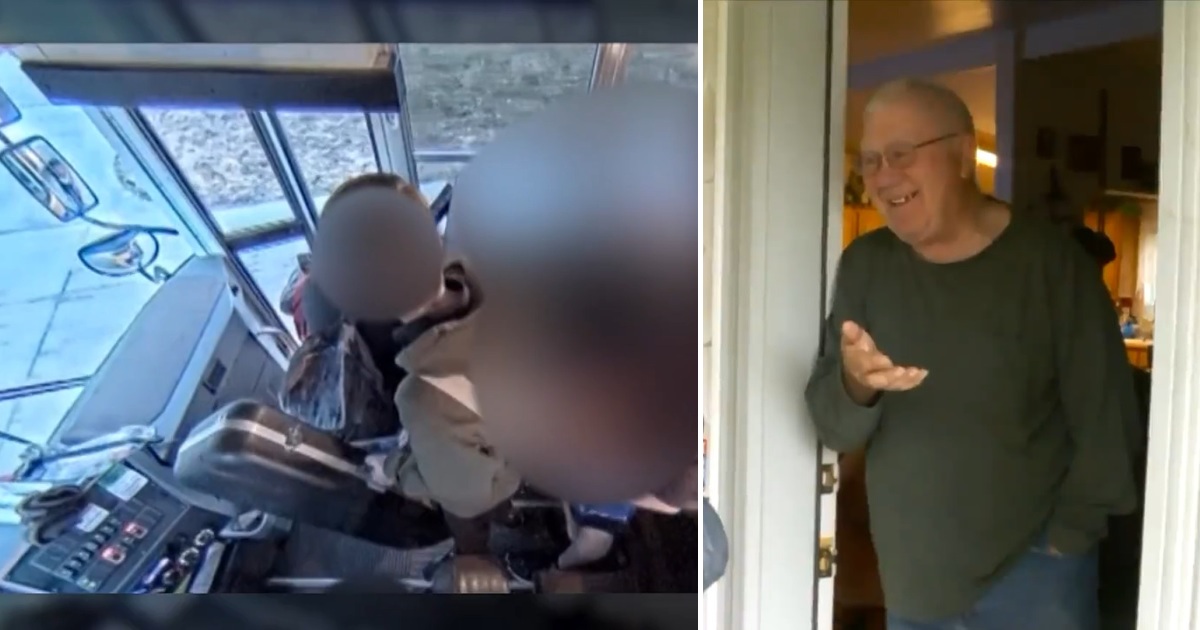 Only a racist would say that.

First things first – if you’re having to argue the point that you’re not a racist, you’re probably a racist.

One man who has taken this to extremes is US school bus driver John Naisbitt, 78, who is accused of dragging a mixed race boy down the street after his backpack got caught in the doors of his vehicle.

The boy’s mum, Brenda Mayes, said the driver did this on purpose because of the colour of his skin, claiming that Naisbitt is a racist. Here’s what she told local news outlets:

I’m not surprised, the poor kid must’ve been terrified. Instead of countering these statements in the way any decent human would – you know, by apologising and making amends – he reckons he’s not a racist because, wait for it, he’s got a black dog. Unbelievable.

When asked if he’s a racist, he said:

Oh Naisbitt, not only are you a bigot but you’re a moron too (although those two things normally do go hand-in-hand). And if you’re wondering if it was a genuine mistake, apparently he has a history of discriminatory behaviour – and, as you’ll see in the footage, the other kids were clearly flagging the fact that a kid was getting dragged across the street.

The school he drove for has since fired Naisbitt over the incident, stating:

When issues of discrimination are raised at any time, they are investigated thoroughly.

For some instant justice, check out this video of a kid punching his stepdad for calling his buddy the N-word. Too right.