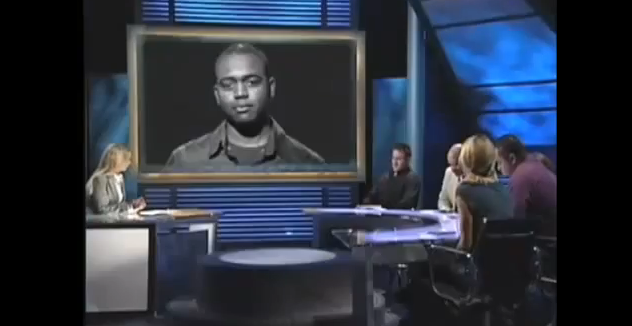 This guy re-writes the rules on how to become hated in a matter of seconds.

Check out this guy going into a massive racist rant on the pilot show for a TV series called (wait for it).. ‘Without Prejudice’. Michael, the contestant, did an interview about what happened after the show (turns out they made up over a dinner date) which you can read below:

“The show won awards in the UK and so they made a US version. This was the pilot episode and the most popular. It was such a success that they got a full season from it. It is an hour long show and we were all randomly chosen. The judges and the contestants. So they wanted to see if the judges could “judge” without prejudice. They would go on to award the winner 25K. I was the winner. Myself and the other finalist were the only 2 contestants that got to actually meet the judges and when i met them, the Polynesian guy had a change of heart and actually voted FOR me. The edits don’t show that he came from his seat and hugged me. It was a very interesting experience. We had no idea what the judges were saying or doing or who they even were, for that matter, so I had no idea that he was racist when I went out and met the judges. It ended well though. I talked to that guy over a meal and he said that he had a change of heart.”