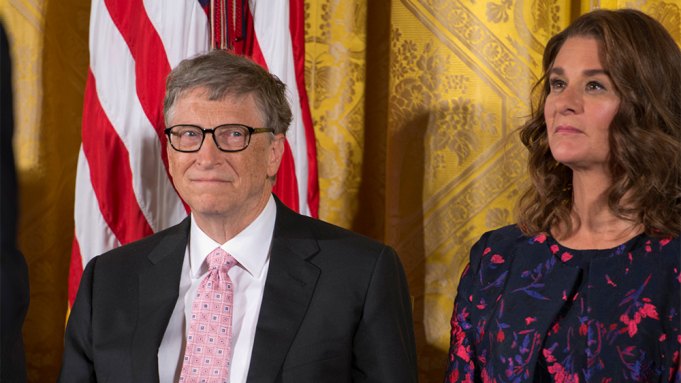 Where do they come up with this crap?

It’s always funny when something relatively normal happens and conspiracy theorists go absolutely round the bend with their zany ass takes on ‘what’s really going on’ and this has happened once again with the completely straightforward event of Bill and Melinda Gates getting divorced after twenty seven years of marriage.

The news was announced on Monday evening and it didn’t even take 24 hours for QAnon conspiracy theorists to come out with a whole different host of stories about what they think is happening here. The number one theory at the moment is that Melinda has been replaced with a male and that’s why they’re getting divorced: 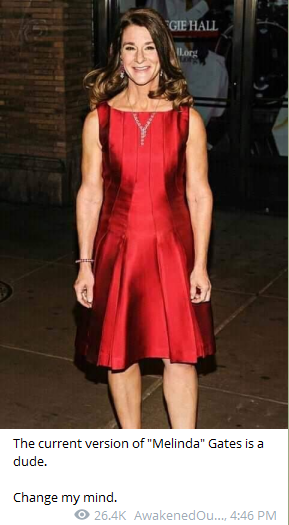 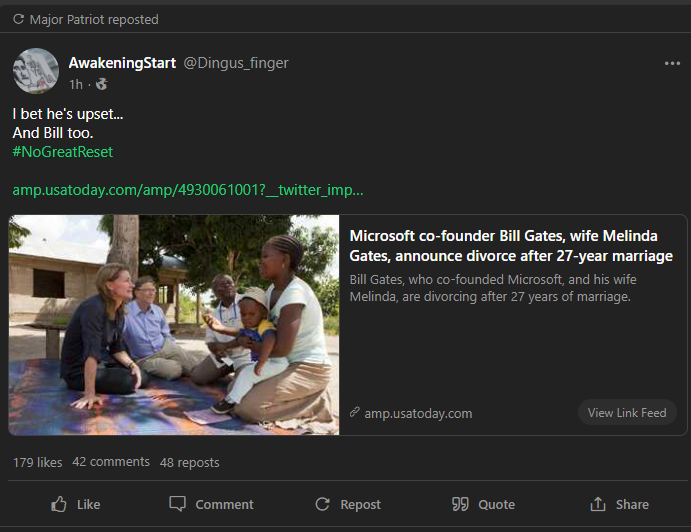 Sounds really convincing. Someone else is trying to convince us all that it’s a strategy to protect Bill’s money after he’s arrested for implanting microchips in people disguised as vaccinations or being the head of a vast cult of paedophiles or similar:

FOLLOW THE MONEY. They divorce to secure some of their money, for when Bill Gates has his money seized by Trump for crimes against humanity, IMO.

Great opinion there dude. Perhaps the most stupid of all the ideas out there is the one that says that Melinda is leaving Bill because she’s been seduced by Dr Fauci. That’s probably my favourite because it really does sound like some ‘bored housewife inspired by 50 Shades Of Grey pandemic adult literature’. There’s definitely potential to make money in that genre with all these idiots out there.

Maybe though everyone should just leave Bill Gates alone and let him mourn his relationship of 27 years. The guy is giving away 95% of his fortune and has developed vaccines for a whole bunch of diseases even before Coronavirus was a thing, so can’t we give him a break over this? Please. Can’t be a good time for the guy.

For more of the same, check out when Bill Gates drank some water that was literally made out of shit. Maybe I don’t trust him.