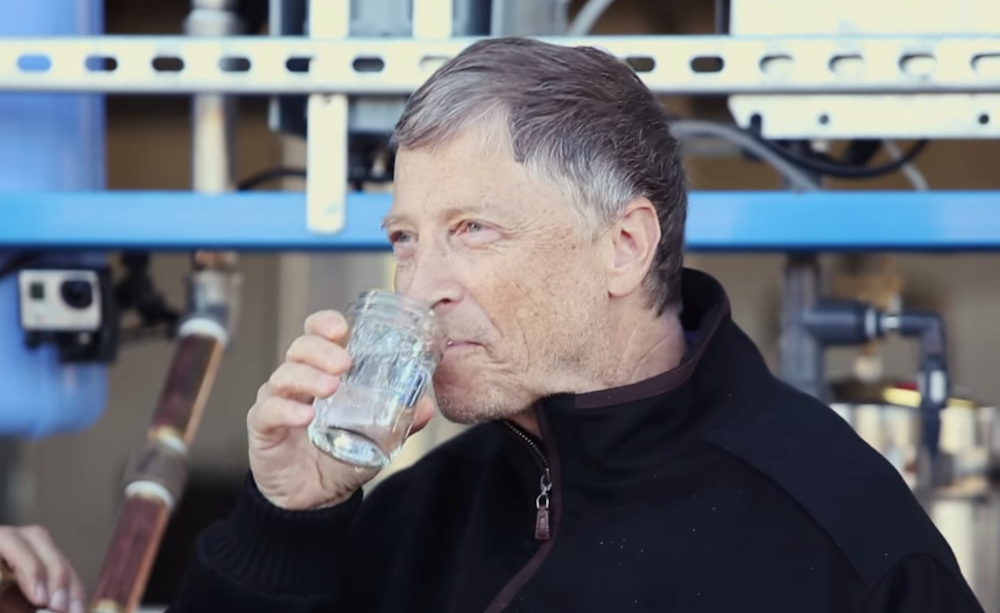 Why the hell would he want to do that? Because it’s awesome and going to revolutionise the world, that’s why.

Bill Gates isn’t at the forefront of technology like he once was, but that doesn’t mean he’s adverse from checking out new inventions that could revolutionise the world. That is, when he isn’t jumping over a chair like an absolute gangster.

In this video he’s trying out a machine called the Omniprocessor built by Janicki Bioenergy that converts human waste into fresh water and electricity. It could be a real game changer for the developing world and places that don’t have clean sanitation and easy access to electricity.

Although it looks like whoever would buy it would need a hell of a lot of money because of how big it is, the Omniprocessor will also make money for whoever owns it – the owner gets paid from the electricity it produces and taking the sewer sludge that goes into it from overflowing waste dumps. It seems like it’s a win-win situation for everyone and that the invention really can change the world.

It’s a shame that Bill Gates looks so hesitant trying the water in the video, but hey at least he did and he seems pretty happy about it afterward. Not to sound crass, but I’m sure people in some countries across the world will be glad for any kind of water, no matter where it’s come from.