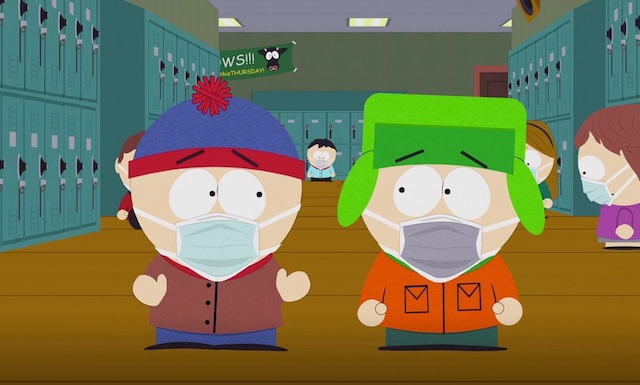 It’s probably fair to say that the last year has almost felt like an extended version of  a ‘South Park’ episode with all the ridiculous crap that has occurred, but we’re now finally going to get a dose of the real thing as the TV show has announced that a one hour QAnon/Vaccination special will be airing on March 10th on Comedy Central.

Here’s the official blurb for the episode, as well as s short teaser:

The citizens of South ParQ are clamouring for the COVID-19 vaccine. A hilarious new militant group tries to stop the boys from getting their teacher vaccinated.

Seems pretty obvious what that new militant group is going to be based on, doesn’t it? This should be another classic episode that will hopefully help us get through what is hopefully the final phase of lockdown. Should be good.

For more of the same, check out five incredible things that Trey Parker and Matt Stone have done that aren’t ‘South Park’. They’ve had one hell of a career.