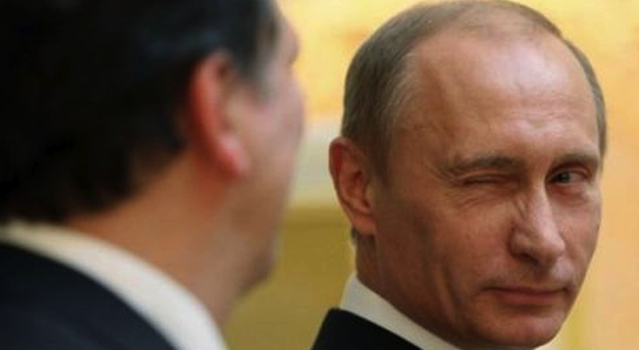 How do you intimidate and piss off your critics? Pay some kids to tie a 200 pound wooden dick to her BMW, duh.

Katya Romanvskaya is a Russian satirist who is big on Twitter (713K followers yo) who also happens to be a pretty prominent critic of Vladimir Putin. Somehow, as a Twitter satirist she makes enough money to drive a Series 3 BMW around Moscow – I guess I’m in the wrong profession.

In any case, her BMW was vandalised last week by a giant 200 pound wooden dick. Romanvskaya went outside last week with her co-author for her Twitter account and found the giant dick – and balls it should also be pointed out – tied to her BMW outside her apartment.

She tried to get the police and several bystanders to help her with it but most people were too busy laughing and taking pictures of it to help. Either that or they didn’t approve of her anti Putin manifesto – one or the other. In the end, the pair ended up lugging it back to their apartment. Arguably though they wanted to get it back inside anyway, if you know what I mean.

So who was responsible for the prank? The New Republic reports that it was probably the Nashi – a state backed, pro Putin youth group. Yeah, apparently something like that still exists over there. The New Republic explains how the group came to exist and why this prank can almost certainly be attributed to them:

‘It was the Kremlin’s way to engage the youth in politics by paying and brainwashing them to be their blunt instrument of revenge. These kids, often from poor families, have strange imaginations that center almost always on the scatalogical and the sexual. (They once used one prostitute named “Mumu” to lure various male opposition figures into bed in the same bugged apartment.) They manage to pull off these kinds of pranks by having the resources of the state at their disposal’.

â˜› More Dicks: A Man With Two Dicks Did An AMA On Reddit (NSFW) 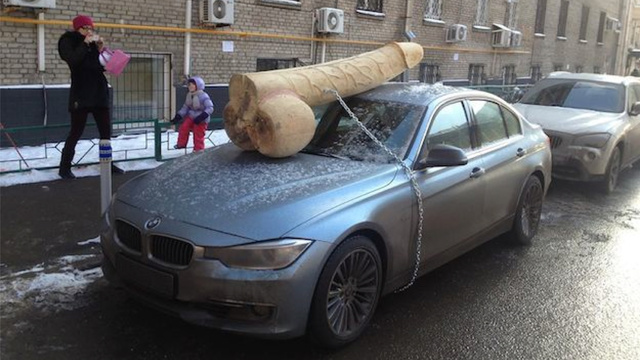